Researchers investigate quantum network solutions, by ground and by air 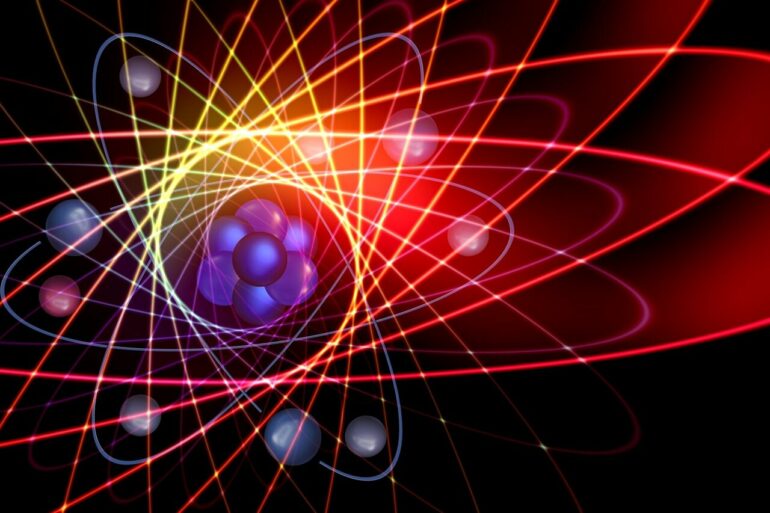 While quantum computers represent a revolution in computation, they can’t communicate with each other the way regular computers can—over the internet. If quantum computers could be connected through a quantum network, they could facilitate perfectly secure communication between more than two parties or combine computing power to solve much harder problems than one quantum computer could do alone.

In an invited session at the American Physical Society’s March Meeting, two Chicago Quantum Exchange physicists took different approaches to address an obstacle central to the implementation of large-scale ground-based quantum networks: the distance between nodes is limited by how far a quantum signal can travel through optical fiber.

A solution to both amplify and prevent data loss

Liang Jiang, professor at the University of Chicago, focused on the most widely pursued solution: a quantum repeater. Quantum repeaters would be placed between nodes in a network to regenerate the quantum signal so it could travel longer distances. No one has yet demonstrated a successful quantum repeater, though “there is significant progress in this direction,” according to Jiang.

Besides regenerating the signal, quantum repeaters could also prevent data loss over long distances through error correction. Error correction codes are commonplace in classical networks, such as Bluetooth and WiFi, where they control the errors that naturally happen in data as a signal carries it from one device to another.

But quantum systems are extremely prone to errors because of the sensitive nature of their quantum states, so error correction is a large and important area of study in the field of quantum technology.

“There are two important questions to ask, from the theory perspective,” Jiang said. “First, what is the maximum amount of quantum information that can be transmitted over a noisy fiber channel? Second, suppose we know that limit. Can we achieve it with good quantum error-correcting code design?”

In addition to strategies for quantum error correction in quantum repeaters, as well as their predicted efficiencies, Jiang shared another application of quantum networks: quantum data centers (QDCs), where users on a quantum network can access a classical database for the purposes of quantum computing. The device necessary to retrieve classical data from a database as quantum bits, called a quantum random access memory (QRAM), would likely be extremely expensive, but Jiang sees QDCs as a solution.

“We might want to use the QRAM as a quantum server, connecting to users via a quantum network,” Jiang said. “All individual users can then query the database via the quantum network without needing to have a QRAM on their side. This could share the cost of such an expensive device.”

Bringing quantum networks into the air and beyond

For Paul Kwiat, Bardeen Professor of Physics at the University of Illinois Urbana-Champaign, a solution to the problem of fiber optic signal loss could be to take the quantum network off the ground and into the air, via drones, or even into space, with satellites.

“At the moment we pretty much only have local fiber networks, with very few exceptions,” Kwiat said. “And I have this vision of what we’d like to move to—a situation that’s much more heterogeneous, where we have connections between all sorts of platforms… using satellites, connecting to airborne vehicles, drones, trucks, or boats.” He noted that signal loss is much slower through free space than it is through optical fibers, which means that a quantum signal can be transmitted a longer distance.

There are many advantages to such a “mobile” quantum network, where the nodes are easy to reposition. Some are scientific, such as conducting large-scale quantum sensing or studying quantum phenomena in different inertial frames to test the relationship between quantum mechanics and relativity. Some are more practical: using airborne vehicles as nodes for quantum communication where fiber connections are not an option, such as on naval ships on the ocean.

A quantum network between satellites in space would allow for even more tests of fundamental quantum mechanics, with greater distances and velocities than are possible on earth, and over regions with changing gravitational effects.

Moments of silence point the way toward better superconductors

This past year, NASA helped fund a US-led project called Space Entanglement and Annealing QUantum Experiment (SEAQUE), which will test quantum communication technologies in orbit. It will be the first quantum information science payload on a commercial space station module: Nanoracks Bishop Airlock, which is attached to the International Space Station. It will also be the first flown “integrated optic waveguide source,” which is more efficient than previous, similar quantum experiments, since there are no moving pieces that require regular realignment. SEAQUE is currently scheduled to launch in spring 2023.

Kwiat’s group, leading the project, is responsible for the optical payload and control board for SEAQUE; other elements are being provided by institutions in the US, Canada, and Singapore.

“I’m excited because it’s a tri-national quantum experiment in space,” Kwiat said. “It’s been a lot of fun.”

Citation:
Researchers investigate quantum network solutions, by ground and by air (2022, May 5)