Quantum researchers able to split one photon into three 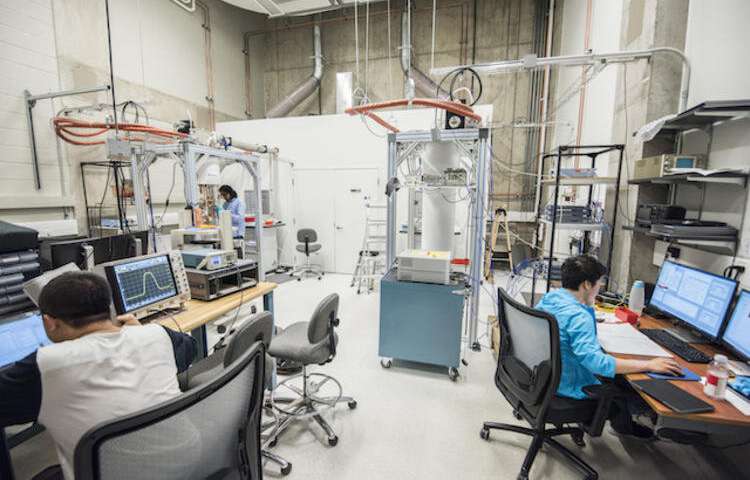 Researchers from the Institute for Quantum Computing (IQC) at the University of Waterloo report the first occurrence of directly splitting one photon into three.

“It was understood that there were limits to the type of entanglement generated with the two-photon version, but these results form the basis of an exciting new paradigm of three-photon quantum optics,” said Chris Wilson, a principle investigator at IQC faculty member and a professor of Electrical and Computer Engineering at Waterloo.

“Given that this research brings us past the known ability to split one photon into two entangled daughter photons, we’re optimistic that we’ve opened up a new area of exploration.”

“The two-photon version has been a workhorse for quantum research for over 30 years,” said Wilson. “We think three photons will overcome the limits and will encourage further theoretical research and experimental applications and hopefully the development of optical quantum computing using superconducting units.”

Wilson used microwave photons to stretch the known limits of SPDC. The experimental implementation used a superconducting parametric resonator. The result clearly showed the strong correlation among three photons generated at different frequencies. Ongoing work aims to show that the photons are entangled.