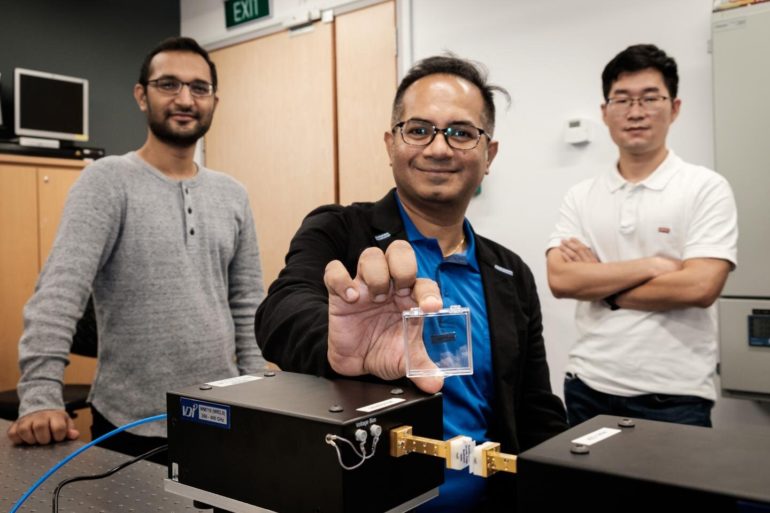 Published recently in Nature Photonics, the researchers showed that their chip can transmit terahertz (THz) waves resulting in a data rate of 11 Gigabits per second (Gbit/s), which is capable of supporting real-time streaming of 4K high-definition video, and exceeds the hitherto theoretical limit of 10 Gbit/s for 5G wireless communications.

THz waves are part of the electromagnetic spectrum, in between infrared light waves and microwaves, and have been touted as the next frontier of high-speed wireless communications.

However, fundamental challenges need to be tackled before THz waves could be used reliably in telecommunications. Two of the biggest issues are the material defects and transmission error rates found in conventional waveguides such as crystals or hollow cables.

These issues were overcome using Photonic Topological Insulators (PTI), which allows light waves to be conducted on the surface and edges of the insulators, akin to a train following railroads, rather than through the material.

Spectacular ceiling frescoes discovered in the Temple of Khnum at Esna

When light travels along photonic topological insulators, it can be redirected around sharp corners and its flow will resist being disturbed by material imperfections.

By designing a small silicon chip with rows of triangular holes, with small triangles pointing…