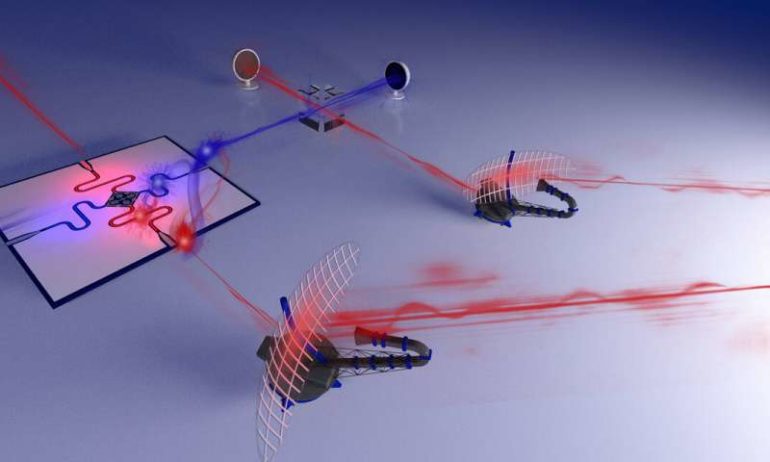 Physicists at the Institute of Science and Technology Austria (IST Austria) have invented a new radar prototype that uses quantum entanglement as a method of object detection. This successful integration of quantum mechanics into devices could significantly impact the biomedical and security industries. The research is published in the journal Science Advances.

Quantum entanglement is a physical phenomenon whereby two particles remain interconnected, sharing physical traits regardless of how far apart they are from one another. Now, scientists from the research group of Professor Johannes Fink at the Institute of Science and Technology Austria (IST Austria) along with collaborators Stefano Pirandola from the Massachusetts Institute of Technology (MIT) and the University of York, UK, and David Vitali from the University of Camerino, Italy—have demonstrated a new type of detection technology called microwave quantum illumination that utilizes entangled microwave photons as a method of detection. The prototype, which is also known as a quantum radar, is able to detect objects in noisy thermal environments where classical radar systems often fail. The technology has potential applications for ultra-low power biomedical imaging and security scanners.

Using quantum entanglement as a new form of detection

The working principles behind the device are simple: Instead of using conventional microwaves, the researchers entangle two groups of photons, which are called the signal and idler photons. The signal photons are sent out towards the object of…