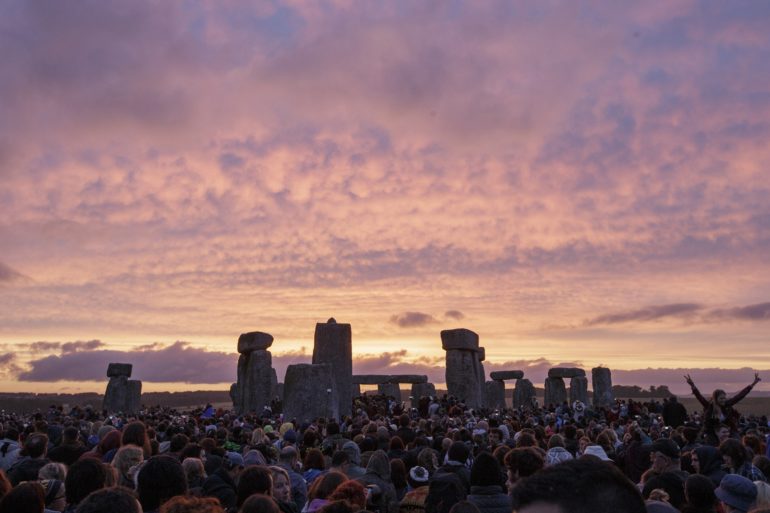 Archaeologists said Monday that they have discovered a major prehistoric monument under the earth near Stonehenge that could shed new light on the origins of the mystical stone circle in southwestern England.

Experts from a group of British universities led by the University of Bradford say the site consists of at least 20 huge shafts, more than 10 meters (32 feet) in diameter and 5 meters (16 feet) deep, forming a circle more than 2 kilometers (1.2 miles) in diameter.

The new find is at Durrington Walls, the site of a Neolithic village about 2 kilometers (1.2 miles) from Stonehenge,

Researchers say the shafts appear to have been dug around 4,500 years ago, and could mark the boundary of a sacred area or precinct around a circular monument known as the Durrington Walls henge.

Richard Bates, of the University of St. Andrews School of Earth and Environmental Sciences, said the findings—made with remote sensing and sampling—provided “an insight to the past that shows an even more complex society than we could ever imagine.”

University of Bradford archaeologist Vince Gaffney said it was “remarkable” that Stonehenge, one of the most studied archaeological landscapes in the world, could yield such a major new discovery.

Reclusive neutron star may have been found in famous supernova

“When these pits were first noted it was thought they might be natural features—solution hollows in the chalk,” he said. But geophysical surveys allowed scientists to “join the dots and see there was a pattern on a massive scale.”