Scientists in Sweden discover a rare, aggressive form of Alzheimer’s that begins in the early 40s 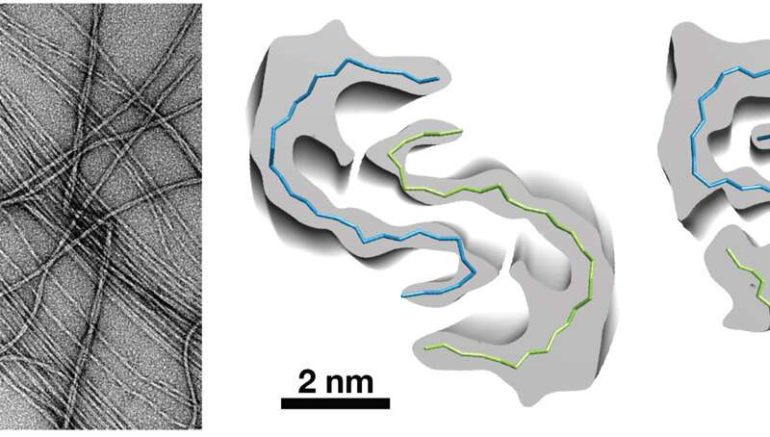 A newly discovered gene mutation linked to early onset Alzheimer’s disease has been discovered by an international team of scientists, who traced the DNA flaw through multiple members of a single family.

Alzheimer’s has long been known as a mind-robbing disease that that wipes out memories and destroys one’s sense of self. Most cases of arise sporadically, emerging after age of 65—transmuting one’s golden years into a nightmare marked by an incurable brain disease.

Now, an international team of scientists—led by neurobiologists in Sweden—have identified an extraordinarily rare form of the disease that so far has been found only in one family. This form of Alzheimer’s is aggressive, rapid and steals its victims’ most productive years along their cognitive functions.

Researchers in Sweden have named this form of Alzheimer’s—the Uppsala APP deletion—after the family that’s endowed with this notorious DNA miscue. It invariably causes descent into dementia at a young age.

“Affected individuals have an age at symptom onset in their early forties, and suffer from a rapidly progressing disease course,” asserted Dr. María Pagnon de la Vega, writing in the journal Science Translational Medicine. Along with her colleagues from the Department of Public Health and Caring Sciences at Uppsala University in Sweden, Pagnon de la Vega collaborated with a large team of neuroscientists, structural and molecular biologists and imaging experts throughout Europe. They used multiple state-of-the-art tools to zero in on a flaw that figures prominently in one family’s fate.

Researchers found that the mutation accelerates the formation of brain-damaging protein plaques, known as amyloid beta, or more simply as Aβ. The gooey plaques destroy neurons and, as a result, annihilate the executive functions of the brain itself. Neuroscientists basically define executive functions as working memory, mental flexibility and self control.

Other forms of Alzheimer’s have been linked to mutations in the APP gene but this one is a deletion that Pagnon de la Vega and colleagues confirmed through genetic analysis, structural biological research, studies of amino acid and protein chemistry, and mass spectrometry to characterize the amyloid—the deleterious protein—that pervades the brain tissue of mutation carriers.

In the case of the carriers, all had a deletion in a specific string of amino acids that are part of the amyloid precursor protein. The amino acids, are missing. Picture a pearl necklace made significantly shorter, the result of six missing beads.

The amino acids “beads” are not in the strand because the APP gene in this Swedish family doesn’t code for them. In terms of numbers, the deletion cuts out a swath of six amino acids, resulting in destructive deposits of Aβ protein throughout the brain.

The family story of behind the genetic discovery began seven years ago in Sweden when two siblings went to a memory disorders clinic at Uppsala University Hospital where they were evaluated for problems with memory, losing their sense of direction and feeling as if their mental sharpness was evading them. At just 40 and 43 at the time, the siblings—sadly—weren’t the only ones whose minds were confused and unraveling. Another relative their age was experiencing nearly identical symptoms.

A cousin went with the siblings to the same memory disorders clinic for evaluation of cognitive concerns that were stealing memory, snuffing out an inability to speak in clear, thoughtful phrases and obliterating the ability to perform simple math. All three were diagnosed with early onset Alzheimer’s disease. Yet this trio wasn’t alone in the familial cognitive decline.

Physicians had treated the father of the two siblings two decades earlier. He also was in his early 40s when symptoms initially emerged. Doctors evaluated the father at the same memory disorders clinic where his children had become Alzheimer’s patients.

At the time that the two siblings and cousin arrived at the memory disorders clinic, all were seriously symptomatic. They were having trouble speaking and had lost the ability to perform simple math.

Doctors also determined that they were clearly having problems with executive functions, and brain scans revealed the hallmarks of Alzheimer’s in all three. Brain scans revealed evidence of atrophy in the frontoparietal and mediotemporal regions of the brain. Scores on Mini Mental State Examination, an assessment frequently administered to the elderly to test cognitive skills, were not only low but in a range usually seen in cognitively impaired older adults. All were still in their early 40s at the time of the test.

Pagnon de la Vega and colleagues define this form of Alzheimer’s disease as autosomal dominant, passed from one generation to the next, and moving rapidly on a downhill course. There are no data suggesting other families carry Uppsala APP deletion, although other forms of familial Alzheimer’s have been identified in Sweden.

“Symptoms and biomarkers are typical of Alzheimer’s disease, with the exception of normal cerebrospinal fluid,” Pagnon de la Vega, the study’s first author wrote, referring to the Uppsala APP deletion.

Alzheimer’s disease, whether sporadic or genetic, has no cure and is responsible for $355 billion in total costs each year in the U.S. alone, data from the Alzheimer’s Association show.

Unless a cure is found, the disorder is expected to overwhelm global health care systems by 2050 because of the inexorable aging of populations, according to the World Health Organization.

Citation:
Scientists in Sweden discover a rare, aggressive form of Alzheimer’s that begins in the early 40s (2021, September 1)
retrieved 1 September 2021
from https://medicalxpress.com/news/2021-09-scientists-sweden-rare-aggressive-alzheimer.html