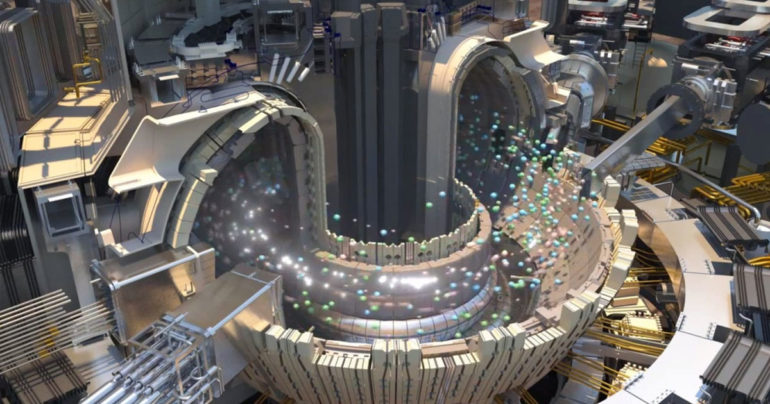 The project, called ITER, is an international collaborative effort between 35 countries with enormous ambitions: prove the feasibility of fusion energy with a gigantic magnetic device called a “tokamak,” as per the project’s official website.

“Enabling the exclusive use of clean energy will be a miracle for our planet,” ITER director-general Bernard Bigot said during today’s virtual celebration, as quoted by The Guardian.

Fusion power, in theory, works by harnessing the energy released by two lighter atomic nuclei fusing to form a heavier nucleus, and turning it into electricity.

If proven to be economical — that is, if the machine generates more energy than has to be put in to kickstart the process — the technology could lay the groundwork for an entirely new way of generating nearly unlimited clean energy on a commercial scale. Fusion power would be far safer than conventional fission nuclear energy, since there’s no risk of a meltdown or leftover nuclear waste.

But if the last six decades of fusion research are anything to go by, it remains an elusive way of generating net energy. The extremely hot plasma inside the fusion reactors is notoriously difficult to predict and control.

That’ll make ITER an extremely complex build. Its final reactor will weigh 23,000 tons, including 3,000 tons of superconducting magnets connected to each other by 200 kilometers of superconducting cables, all of which have to be kept cryo-cooled down to -269 degrees Celsius, as The Guardian…