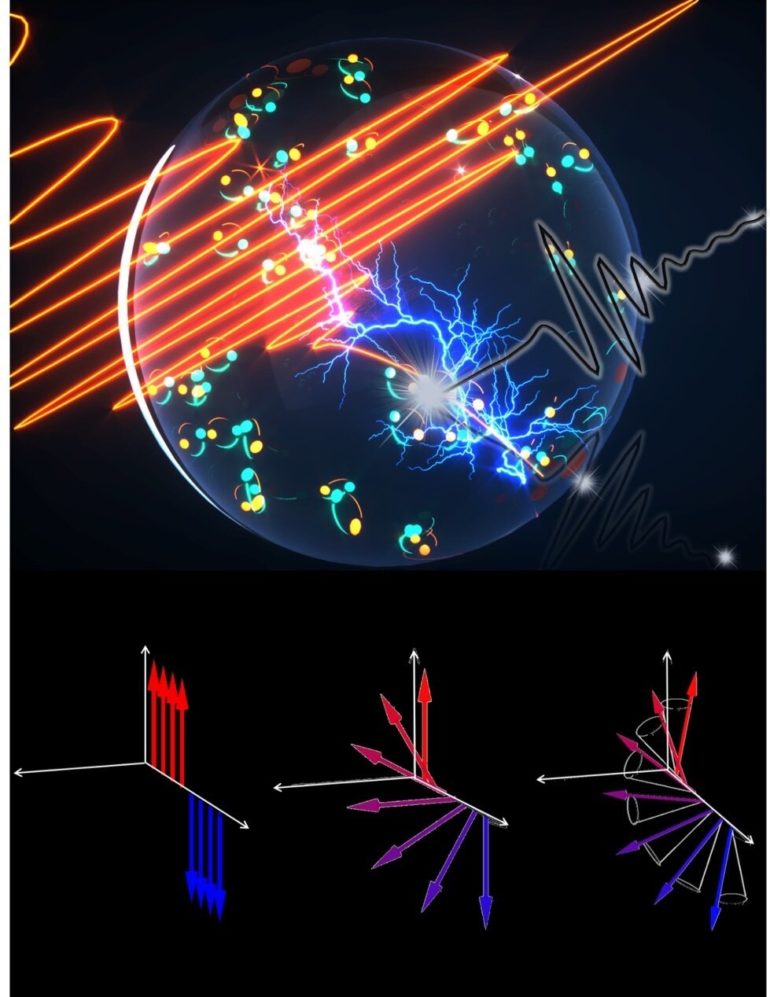 Scientists are using light waves to accelerate supercurrents and access the unique properties of the quantum world, including forbidden light emissions that one day could be applied to high-speed, quantum computers, communications and other technologies.

The scientists have seen unexpected things in supercurrents—electricity that moves through materials without resistance, usually at super cold temperatures—that break symmetry and are supposed to be forbidden by the conventional laws of physics, said Jigang Wang, a professor of physics and astronomy at Iowa State University, a senior scientist at the U.S. Department of Energy’s Ames Laboratory and the leader of the project.

Wang’s lab has pioneered use of light pulses at terahertz frequencies- trillions of pulses per second—to accelerate electron pairs, known as Cooper pairs, within supercurrents. In this case, the researchers tracked light emitted by the accelerated electrons pairs. What they found were “second harmonic light emissions,” or light at twice the frequency of the incoming light used to accelerate electrons.

That, Wang said, is analogous to color shifting from the red spectrum to the deep blue.

“These second harmonic terahertz emissions are supposed to be forbidden in superconductors,” he said. “This is against the conventional wisdom.”

Wang and his collaborators—including Ilias Perakis, professor and chair of physics at the University of Alabama at Birmingham and Chang-beom Eom, the Raymond R. Holton Chair for Engineering and Theodore H. Geballe Professor at the…