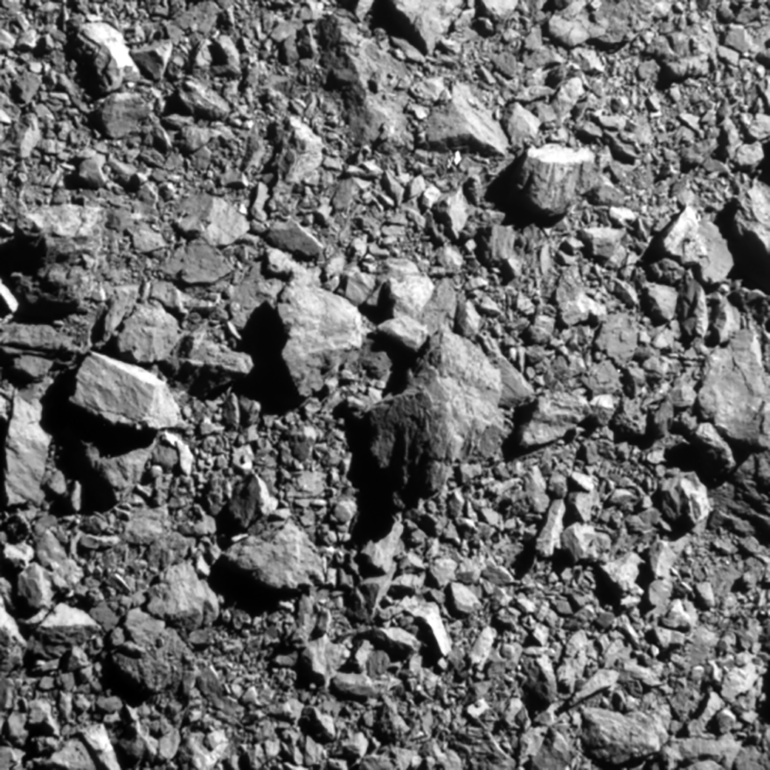 Since NASA’s Double Asteroid Redirection Test (DART) spacecraft intentionally slammed into the asteroid moonlet Dimorphos on Sept. 26—altering its orbit by 33 minutes—the investigation team has been digging into the implications of how this planetary defense technique could be used in the future, if such a need should ever arise.

This has included further analysis of the “ejecta”—the many tons of asteroidal rock displaced and launched into space by the impact—the recoil from which substantially enhanced DART’s push against Dimorphos.

Continued observations of that evolving ejecta have given the investigation team better understanding of what the DART spacecraft achieved at the impact site. DART team members provided a preliminary interpretation of their findings during the American Geophysical Union’s Fall Meeting on Thursday, Dec. 15, in Chicago.

“What we can learn from the DART mission is all part of a NASA’s overarching work to understand asteroids and other small bodies in our solar system,” said Tom Statler, the program scientist for DART at NASA headquarters in Washington, and one of the presenters at the briefing.

“Impacting the asteroid was just the start. Now we use the observations to study what these bodies are made of and how they were formed—as well as how to defend our planet should there ever be an asteroid headed our way.”

Central to this effort are detailed, post-impact science and engineering analyses of data from the world’s first planetary defense technology demonstration. In the weeks after impact, scientists turned their focus toward measuring the momentum transfer from DART’s roughly 14,000 mile per hour (22,530 kilometer per hour) collision with its target asteroid.

Scientists estimate DART’s impact displaced over two million pounds (one million kilograms) of the dusty rock into space—enough to fill six or seven rail cars. The team is using that data—as well as new information on the composition of the asteroid moonlet and the characteristics of the ejecta, gained from telescope observations and images from DART’s ride-along Light Italian CubeSat for Imaging of Asteroids (LICIACube) contributed by the Italian Space Agency (ASI)—to learn just how much DART’s initial hit moved the asteroid, and how much came from the recoil.

“We know the initial experiment worked. Now we can start to apply this knowledge,” said Andy Rivkin, DART investigation team co-lead at the Johns Hopkins Applied Physics Lab (APL). “Studying the ejecta made in the kinetic impact—all of it derived from Dimorphos—is a key way of gaining further insights into the nature of its surface.”

Observations before and after impact, reveal that Dimorphos and its larger parent asteroid, Didymos, have similar makeup and are composed of the same material—material that has been linked to ordinary chondrites, similar to the most common type of meteorite to impact the Earth. These measurements also took advantage of the ejecta from Dimorphos, which dominated the reflected light from the system in the days after impact. Even now, telescope images of the Didymos system show how solar radiation pressure has stretched the ejecta stream into a comet-like tail tens of thousands of miles in length.

Putting those pieces together, and assuming that Didymos and Dimorphos have the same densities, the team calculates that the momentum transferred when DART hit Dimorphos was roughly 3.6 times greater than if the asteroid had simply absorbed the spacecraft and produced no ejecta at all—indicating the ejecta contributed to moving the asteroid more than the spacecraft did.

Accurately predicting momentum transfer is central to planning a future kinetic impact mission if one is ever needed, including determining the size of the impactor spacecraft and estimating the amount of lead-time necessary to ensure that a small deflection would move a potentially dangerous asteroid off its path.

“Momentum transfer is one of the most important things we can measure, because it is information we would need to develop an impactor mission to divert a threating asteroid,” said Andy Cheng, DART investigation team lead from Johns Hopkins APL. “Understanding how a spacecraft impact will change an asteroid’s momentum is key to designing a mitigation strategy for a planetary defense scenario.”

Neither Dimorphos nor Didymos poses any hazard to Earth before or after DART’s controlled collision with Dimorphos.