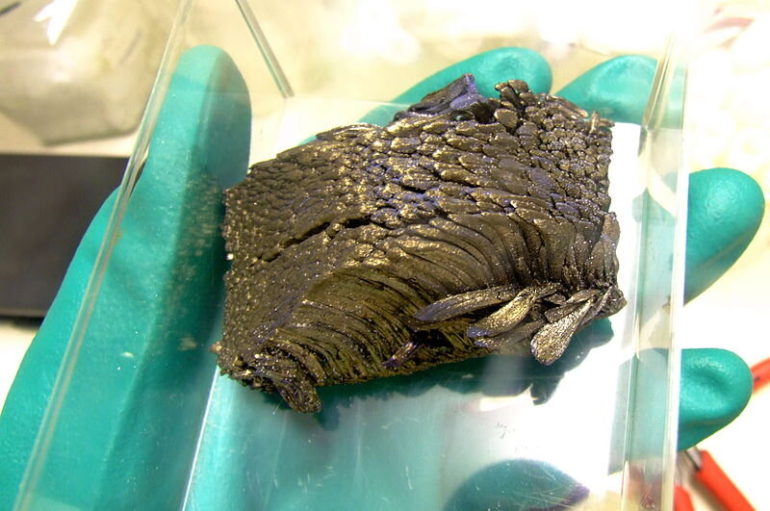 A tetrad of researchers from Peking University, the University of Toronto, Rutgers University and the University of Science and Technology of China has found evidence that suggests the Earth was mostly flat during its middle ages. In their paper published in the journal Science, the group describes their study of europium embedded in zircon crystals and what it revealed about Earth’s ancient past.

Prior research has suggested that approximately 1.8 to 0.8 billion years ago, the Earth went through a quiet period when the evolution of life slowed down quite dramatically. In this new effort, the researchers suggest that the reason for the slowdown was an absence of tectonic activity.

The work involved studying samples of the chemical element europium embedded in zircon crystals. Prior research has suggested that the amount of europium found in such crystals can be used to reveal the thickness of Earth’s crust at the time of the formation of the crystal. The more europium in the crystal, the more pressure there was being exerted from above, suggesting thicker crust. The researchers studied samples of the crystals collected from multiple places across the globe.

They found evidence that suggested that during Earth’s middle period, the crust was thinner, more even than it is now. So much so that there were no mountains at all. Instead, the planet was covered by oceans and flat land masses. Such conditions suggest tectonic activity must have slowed dramatically or stopped altogether for approximately 1 billion years. The researchers further note that tectonic activity that pushes mountains skyward and the subsequent erosion, would have enriched the environment in the oceans, making the evolution of life possible. Without such cycles, evolution would have slowed dramatically, which prior research has shown occurred during Earth’s middle period.

The researchers were not able to explain why tectonic activity ceased, or why it happened for such a long period, but suggest it might have been due to the formation of the Nuna-Rodina supercontinent, which could have wrought changes on the thermal structure of the mantle below.

In CompaniesSmartphonesStartups
on 22 June 20213 min read

Citation:
Study of europium in crystals suggest Earth’s middle ages were a time of flatlands (2021, February 12)
retrieved 12 February 2021
from https://phys.org/news/2021-02-europium-crystals-earth-middle-ages.html