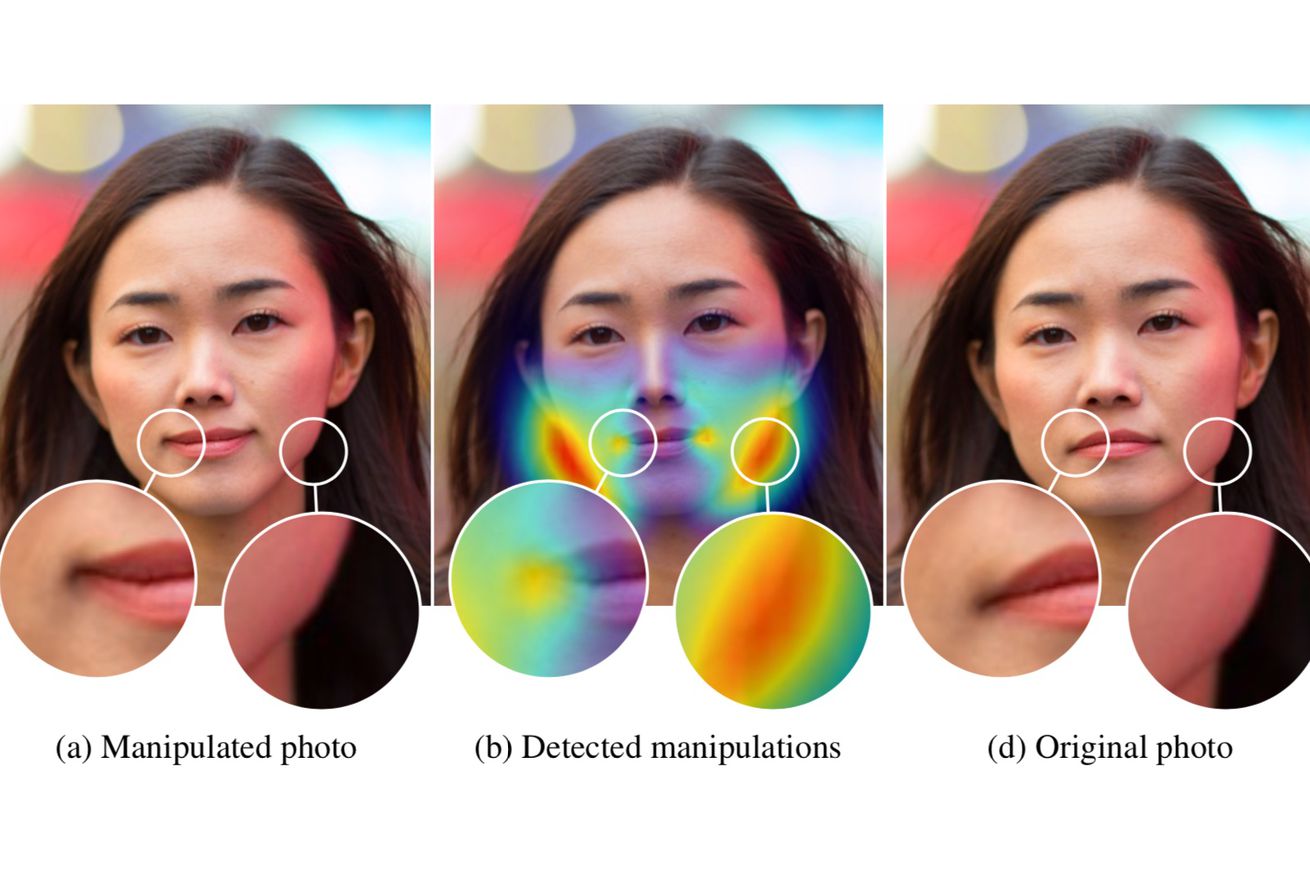 The world is becoming increasingly anxious about the spread of fake videos and pictures, and Adobe — a name synonymous with edited imagery — says it shares those concerns. Today, it’s sharing new research in collaboration with scientists from UC Berkeley that uses machine learning to automatically detect when images of faces have been manipulated.

It’s the latest sign the company is committing more resources to this problem. Last year its engineers created an AI tool that detects edited media created by splicing, cloning, and removing objects.

The company says it doesn’t have any immediate plans to turn this latest work into a commercial product, but a spokesperson told The Verge it was just one of many “efforts across Adobe to better detect image, video, audio and document manipulations.”

“While we are proud of the impact that Photoshop and Adobe’s other creative tools have made on the world, we also recognize the ethical implications of our technology,” said the company in a blog post. “Fake content is a serious and increasingly pressing issue.”

The research is specifically designed to spot edits made with Photoshop’s Liquify tool, which is commonly used to adjust the shape of faces and alter facial expressions. “The feature’s effects can be delicate which made it an intriguing test case for detecting both drastic and subtle alterations to faces,” said Adobe.

To create the software, engineers trained a neural network on a database of paired faces, containing images both before and after they’d been edited using Liquify.

The resulting algorithm is impressively…