Cuba expands Internet access, but at a price, Technology 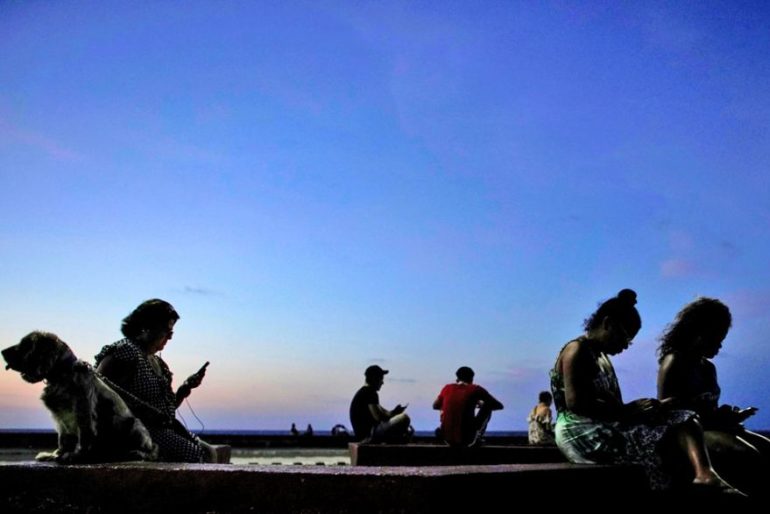 ALL Cubans can now have Wi-Fi in their homes, as the island’s government extends Internet access even while trying to maintain control over its version of the “truth” and to defend its legitimacy, a top official tells AFP.

“Cubans support and defend the revolution in every domain, both in the real and the virtual worlds,” Ernesto Rodriguez Hernandez, vice-minister of communications, said in an interview.

In his eyes, the Internet and social media are tools to “position the truth of Cuba, not to manipulate things”, giving them a key role in the political and ideological battles being fought at a time of sharp diplomatic tensions with the United States.

The telecommunications sector in Cuba – once one of the world’s least connected countries – has doubtless changed more than any other in the past year.

Since December, when mobile phones gained 3G connectivity, an active online community has sprung up on social networks, often questioning the government about the challenges of daily life on the island.

Since July 22, Cubans have been able to import routers, register their equipment, and then create private Wi-Fi networks connected to signals from state-controlled operator ETECSA. No longer do Cubans have to go to centralised public sites to connect.

Scientists Detect Signs of a Hidden Structure Inside Earth’s Core

“The objective of the country is to provide wider and wider Internet access to the entire populace,” the vice-minister said.

But the technical requirements set out by new legislation would appear to put an end to the informal networks created in recent years by groups of residents. Such control is the “sovereign right” of the Cuban state, Mr Hernandez says.

And connecting is not cheap -…