Dock a SpaceX Spacecraft to the ISS in This Amazing Simulator 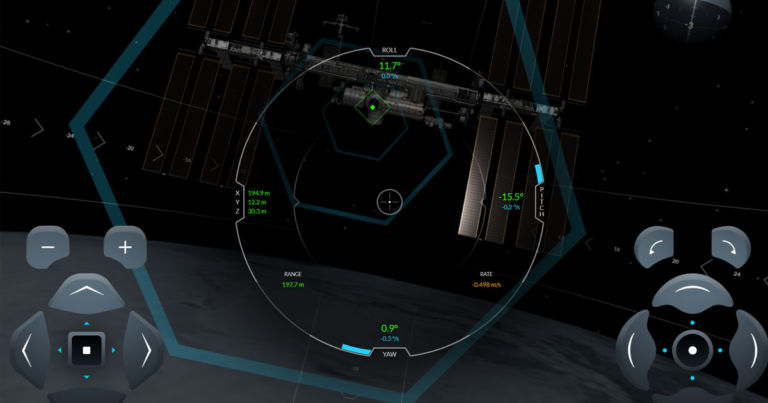 Elon Musk-led space company SpaceX has launched a browser-based simulator that allows you to take over the controls of a Crew Dragon spacecraft and dock it to the International Space Station.

The controls in the browser simulator aren’t far off from the real Crew Dragon, according to SpaceX. The company says the game uses the “controls of the actual interface” in a notice displayed before starting the simulation.

In reality, Crew Dragon capsules are capable of autonomous docking — as demonstrated during the company’s successful uncrewed test flight last year — but astronauts are able to take over manual control at any point if necessary.

The game debuted mere weeks before SpaceX is planning to launch the first crewed Crew Dragon mission to the International Space Station.

In Apps and WebCompaniesSmartphones
on 23 August 20222 min read

“The flying task is very unique: To come close to the space station and fly in proximity, then slowly come into contact, is maybe a little bit different from what you would see for flying a space shuttle or an aircraft,” NASA astronaut Bob Behnken told TechCrunch last week, referring to the Crew Dragon’s futuristic interface.

“Of course, you know, growing up as a pilot my whole career, having a certain way to control the vehicle, this is certainly different,” Behnken added.

Alongside fellow astronaut Dough Hurley, Behnken will be on board the Dragon capsule during the first crewed…