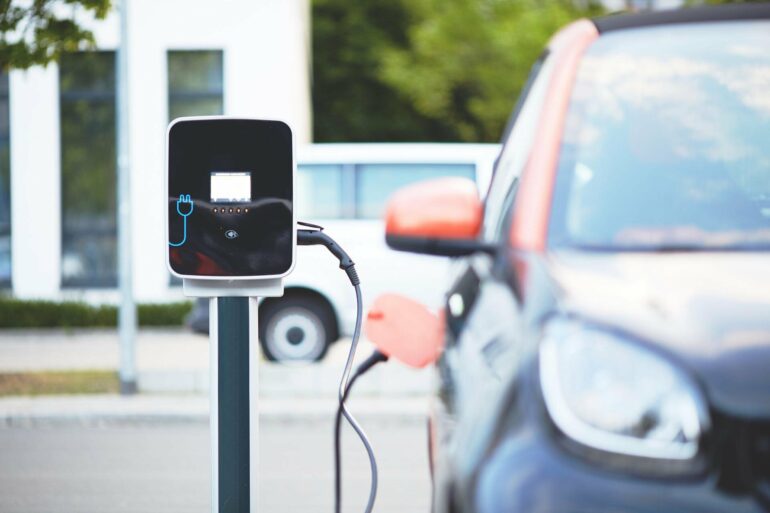 Experimental technology used to cool equipment in space might soon be able to cut the charging times of electric vehicles to five minutes or less, American space agency NASA said this week.

The federal space agency-funded technology, in partnership with Purdue University, says the research they’re planning for future space missions shows its tech could charge an electric car within minutes instead of hours, according to an Oct. 5 blog by NASA.

Using a technique known as “subcooled flow boiling,” the tech could boost the amount of electrical current EV chargers by roughly 1,400 amps, nearly five times the rate of up to 520 amps currently supplied to EVs, NASA said.

Standard EV chargers that consumers can buy tend to provide less than 150 amps, the blog added.

The potentially new system could be used to “deliver 4.6 times the current of the fastest available electric vehicle chargers on the market today by removing up to 24.22 kilowatts of heat,” NASA said.

What does that mean? NASA and Purdue researchers may have solved a longstanding question for those who want an EV, yet have concerns about how long it may take to charge it.

Usually, it takes EVs about 20 minutes to charge at a roadway station to possibly several hours using an at-home charging station, NASA and Purdue researchers say.

“This same technology may make owning an electric-powered car here on Earth easier and more feasible,” the blog said. “Application of this new technology resulted in (an) unprecedented reduction of the time required to charge a vehicle and may remove one of the key barriers to worldwide adoption of electric vehicles.”

The news from NASA comes as electric vehicle sales are on track to hit an all-time high this year, according to the International Energy Agency’s recently released Tracking Clean Energy Progress update.

The agency said worldwide sales of EVs doubled in 2021 to represent nearly 9% of the car market and expects record sales this year “lifting them to 13% of total light-duty vehicle sales globally.”

NASA said the technology that could charge EVs faster was developed to bring “nuclear fission power systems for missions to the moon, Mars and beyond.”

It could also fuel “vapor compression heat pumps to support Lunar and Martian habitats and systems to provide thermal control and advanced life support onboard spacecraft,” the agency said.

Last year, Purdue engineers announced “an alternative cooling method” by inventing “a new, patent-pending charging station cable that would fully recharge certain electric vehicles in under five minutes—about the same amount of time it takes to fill up a gas tank.”

This research and development collaboration was funded by Purdue and the Ford Motor Co., dating back to 2017.

“Ultimately, charge times will be dependent on the power output ratings of the power supply and charging cable, and the power input rating of the EV’s battery. To obtain a sub-five-minute charge, all three components will need to be rated to 2,500 amperes,” Purdue researchers said in its announcement last year.

The school also said its prototype “also mimics all the traits of a real-world charging station: It includes a pump, a tube with the same diameter as an actual charging cable, the same controls and instrumentation, and it has the same flow rates and temperatures.”

And Purdue said a lab run by mechanical engineering professor Issam Mudawar intends to work with EV or charging cable manufacturers to test the prototype on EVs within the next two years.