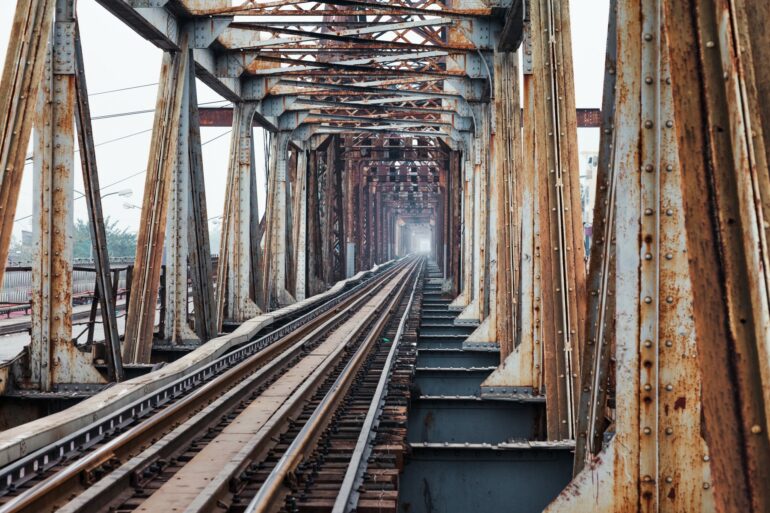 Every year, the United States spends nearly a trillion dollars fighting metallic corrosion, an electrochemical reaction that occurs when metals oxidize and begin to rust. By taking on this surprisingly insidious issue, researchers have now estimated how much corrosion is gradually worsening global carbon emissions.

Global steel production has been rising steadily for decades—and because steel has poor resistance to corrosion, part of that demand is to replace steel used in construction materials that have become corroded over time, in everything from bridges to automobiles. Reducing the amount of steel that needs to be replaced due to corrosion could have measurable effects on how much greenhouse gases are produced to make steel, said Gerald Frankel, co-author of the study and a professor in materials science and engineering at The Ohio State University,

Though previous studies have estimated the current economic cost of corrosion to be about 3 to 4% of a nation’s gross domestic product, this new study, led by Ohio State alum Mariano Iannuzzi, is the first to quantify the environmental impact associated with steel corrosion.

The study was recently published in npj Materials Degradation.

“Given society’s reliance on coal fuel, iron and steel production is one of the largest greenhouse gases emitters of any industry,” said Frankel. “But most of the costs associated with the industry actually stem from the energy that goes into creating steel, and that energy is lost as the steel reverts to rust, which is similar to its original form of iron ore.”

The time it takes steel to corrode largely depends on the severity of the environment and the alloy composition, but this environmentally expensive issue is only getting worse, said Frankel.

But there is some good news, the study noted. Due to regulations placed on the steel industry, technological advances in the steelmaking process have resulted in a 61% reduction in energy consumption over the last 50 years.

Despite this improvement, the results of the study are a call to action for policymakers and industry officials to amend and coordinate international policy regarding steel production and corrosion management, Frankel said.

If actions to improve steel’s carbon footprint aren’t taken soon, the study notes that greenhouse gas emissions produced by the steel industry could reach about 27.5% of the world’s total carbon emissions by 2030, with corroded steel representing about 4 to 9% of that number. Such a result would make the goals set by the Paris Agreement to limit Earth’s warming to 1.5 degrees Celsius as well as the U.S.’s own domestic climate goals almost completely unfeasible.

The study notes that management strategies such as taking advantage of machine learning technologies could be one of the best chances we have to reduce Earth’s carbon dioxide levels.

This one weird trick really can speed up your iPhone

That said, if humans cannot meet these conditions, the consequences for Earth’s climate will be dire, so more people need to be made aware that a low-carbon steel industry is needed to prevent such a dystopia, said Frankel.

“Global warming is a societal challenge that takes coordination of a lot of multidisciplinary approaches,” said Frankel. “Our work is bringing to light an issue that seems to have gone under the radar in terms of the importance of adding to the problem.”