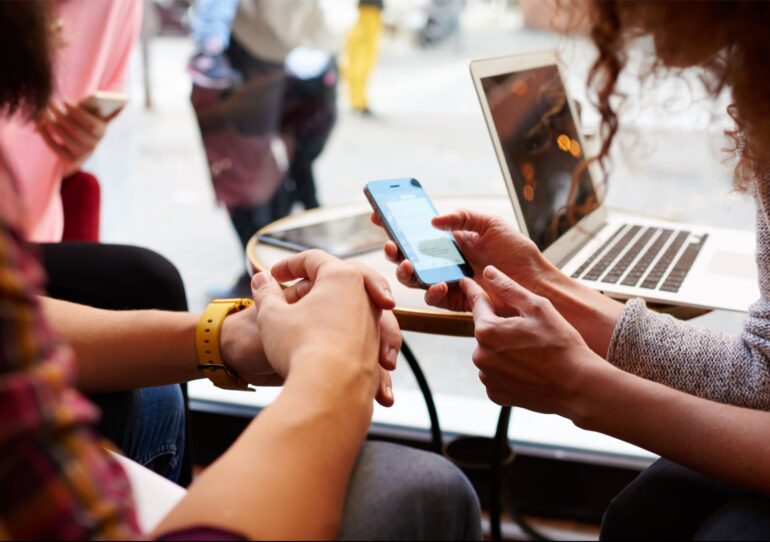 The potential for being judged online could be affecting the ability of adolescents to concentrate on everyday tasks, a study by UNSW Sydney researchers finds.

The COVID-19 pandemic and global lockdowns shifted our social interactions with peers even further online, especially for young people.

“Much research has been directed at understanding the impact of online interactions on adolescents’ well-being and cognitive functioning. But the evidence is mixed, leaving us parents, policymakers and educators at a loss as to whether we should encourage or prevent social media use in our young people,” says Dr. Susanne Schweizer, a psychologist from UNSW Sydney.

In a study published in Scientific Reports, Dr. Schweizer and her team examined how the threat of being evaluated by others online can affect both the well-being and cognition of adolescents.

The researchers constructed a situation that mimicked the threat of being assessed or judged by peers online, a feeling that often follows posting or interacting on social media.

Prior to completing an online learning task, participants were asked to record an audio clip introducing themselves. They were then told that their audio clips would be listened to and evaluated by others online.

“During the online learning task, there was a ‘views and comments tracker’ at the bottom of the screen. Participants didn’t know what recordings were being viewed or commented on, nor did they know whether the comments were positive or negative. This was to make it analog to what it’s like in real life—when you have to do a task, you can’t track what’s happening online, but you know there will be a level of evaluation,” Dr. Schweizer says.

The study was completed by 225 people, aged 10–24, who were also asked to rate their anxiety and stress levels at various points throughout the process.

Results revealed that all the participants documented a greater increase in negative mood following social evaluative threat compared to the control condition. The threat of social evaluation also led to reduced accuracy in completing the online task.

“There’s been a 52% increase in time spent online by young people during the pandemic. It’s important now, more than ever, to assess how it impacts learning and well-being,” says Dr. Schweizer.

“Our research showed that when young people thought that others might be evaluating them, they felt upset and their ability to perform a basic cognitive task was impaired. Assuming these findings reflect the impact of online social evaluation, then these results are concerning.”

Getting detail on individual responses

“But when you look at large-scale data sets longitudinally, the impact of social media use and general screen time on well-being and cognition shows mixed results. We wanted to look at what the specific mechanisms were—how exactly does social media influence young people’s well-being in both good ways and bad ways.”

“In contrast, young people who are highly sensitive to social feedback and rejection are at risk for poor mental health and cognitive functioning.”

The team set out to study whether these associations would be observed in an online environment too.

At the crux of this conversation is that, historically and evolutionarily, our social interactions have been face-to-face, says Dr. Schweizer.

“And with these face-to-face social interactions, the feedback or response you get is immediate. That’s not necessarily the case online, where there’s always the potential to be evaluated, and feedback is ongoing.”

But while technology has blurred the lines between social and personal time, its impact on young people’s moods and learning at such a crucial time in their development hasn’t been well defined.

“So far, we know from previous studies that there is a mixed opinion on whether social media positively impacts, negatively impacts or has no impact on the lives of adolescents,” says Dr. Schweizer.

Racial bias in white children linked to beliefs about the causes of inequality, new study finds

But as well as an increase in negative mood following social evaluative threat, the team also found that the threat of social evaluation had a negative impact on adolescents’ performance on the cognitive task. Heightened social rejection sensitivity and lower perceived social support were also associated with elevated negative mood across the study, regardless of the whether they thought they were being evaluated online or not.

The importance of social interaction during adolescence

As a developmental period, adolescence is defined by a shift away from the immediate family and towards interactions with larger peer networks. Social interactions during this time play a crucial role in developing a sense of self, well-being and learning.

Adolescents are also known to spend an average of six hours online, for non-academic purposes, the majority of which occurs on social media.

But as she explains, participants in this study were only being evaluated by an anonymous entity. “If you extrapolate these results to being evaluated by peers, while doing much more demanding tasks, such as studying or doing homework, then that may really impact an individual’s mood and ability to concentrate on everyday tasks.”

Dr. Schweizer says there are still many questions that need to be answered.

“We can’t just keep looking at the impact of time spent online. It doesn’t seem to be capturing those individual differences, which are still unclear. I think it’s really critical that we start to do more experimental work like this to get more detail, because online interaction is unlikely to be impacting everyone in the same way and it is here to stay.”