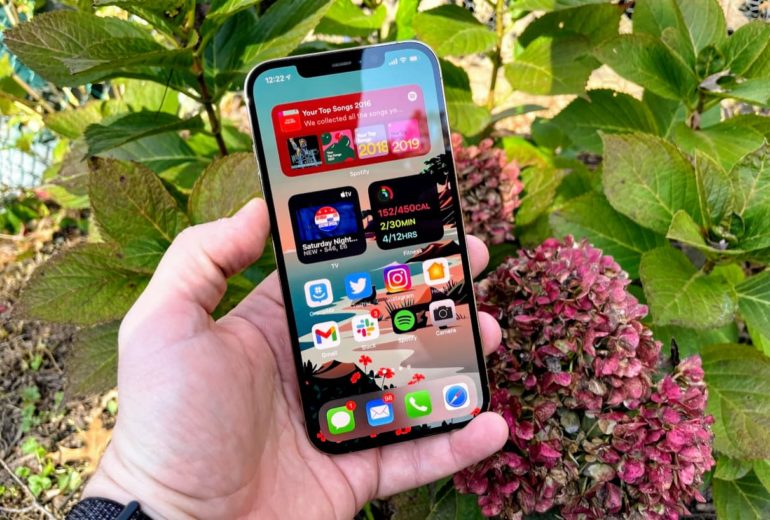 The update adds a lot of new features, like updates to Siri, Podcasts, Apple News and support for the latest game console controllers.

But the one that’s been grabbing headlines is Apple’s new privacy change that gives users more transparency and control over apps that want to track them for advertising. Facebook in particular has been worried about the privacy change as it could limit its ability to effectively target ads to iPhone users.

There are lots of other features, though. Here’s an overview of what’s new in iOS 14.5.

Apps have a harder time tracking you

IOS 14.5 includes the App Tracking Transparency framework, which is expected to have major implications for the way mobile advertising has traditionally operated.

You’ll see a popup when you open an app that wants to access that your unique device ID for advertisers. That pop-up will ask if you want to be tracked and will show why the app wants you to opt-in. For instance, an app might say you’ll get a better ad experience if you allow tracking.

Many companies that rely on online advertising have said the privacy change will reduce the effectiveness and profitability of targeted ads. Facebook has waged a campaign against the change and appears set to lose revenue as a result of it. But it’s not clear just how much. Analysts at MKM Partners said they believed in the second half of last year that Apple’s changes would have more impact, but as of last week expected a “fairly fleeting and minimal fundamental impact on the ecosystem.”

Apple added this feature since its latest phones rely on Face ID, which doesn’t work when you have a mask on. Now, you can set up your Apple Watch to unlock your iPhone when you’re wearing a mask. Here’s how to set it up:

Open Settings on your iPhone.Tap Face ID & Passcode.Enter in your iPhone’s passcode.Scroll down to “Unlock with Apple Watch.”Toggle the button next to your Apple Watch so that it’s on.

Apple’s Siri voice assistant no longer defaults to a female voice when you set up your iPhone. Instead, you’ll be prompted to choose from one of four default voices when you boot up your new iPhone. It includes two new Black American voices in English, male and female, and a new male voice.

Open Settings on your iPhone.Tap Siri and Search.Choose Siri Voice.Select “American”Pick one of the three new voice choices. (The fourth option is the original Siri voice.)

Siri can announce calls through AirPods

Siri will also now announce calls through AirPods or CarPlay while driving, and let you speak to answer the call. This builds on an existing feature, which lets Siri read you your text messages through AirPods. You can set this up by doing this:

Nothing Ear 1 TWS earbuds now available in India at Rs 5,999

In Apps and WebSmartphones
on 17 August 20211 min read

Open Settings on your iPhone.Tap Siri & Search.Tap “Announce Calls.”Turn on “Headphones Only” or “Headphones & Car.”

Siri can learn to play music from Spotify and other services

Siri will start to learn the music or podcast service you use most often and play your requests from that service. You still can’t change the default from say, Apple Music to Spotify, but eventually, if you keep asking Siri to play music from Spotify with a command like “Hey Siri, play The Strokes on Spotify,” it’ll start to learn to play it there so you don’t have to say the “…on Spotify” part.

Apple is also making changes to its Podcast and Apple News apps. Podcasts, which will support subscriptions to channels you want to pay for in May, has new cover art similar to Apple Music for the episodes you’re listening to. It also has new Saved Episodes for listening later, new preferences for offline and syncing across devices like Mac and iPad, so you can access downloaded episodes on other devices and improved search functions.

IOS 14.5 brings Bluetooth support for new Microsoft Xbox Series S/X and Sony PlayStation 5 controllers, which didn’t previously work with iPhone. This means people with the new systems can play games with controller support on their iPhones and iPads. It’s especially useful if you’re playing Microsoft’s Xbox Remote Play or its new Xbox Cloud Gaming service, the latter of which just started rolling out in beta on April 19.