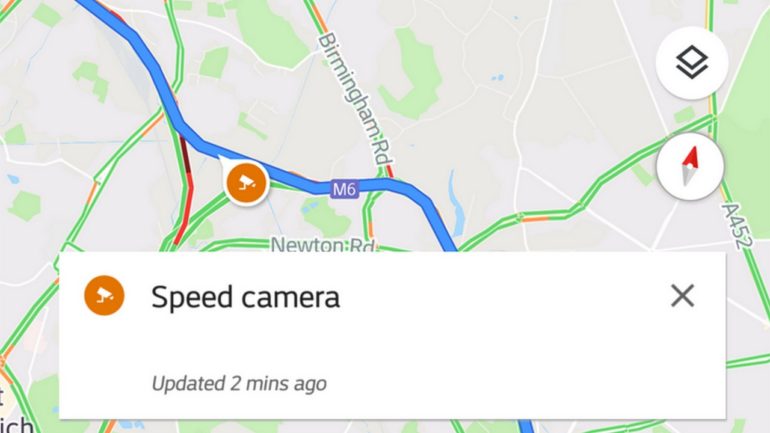 On Reddit, users in France, Switzerland and Germany noted that they aren’t seeing the radar trap locations, likely because such features are illegal in those countries. In France, police are allowed to check your mobile phone for illegal apps and can levy steep fines and even confiscate your vehicle if they find them.

While both iOS and Android users can benefit from the new features, only Android users can report fixed photo radar and mobile radar location, for now. Google borrowed the features from Waze, and uses official sources and driver feedback, according to TechCrunch. Waze, however, has a richer feature set. It also warns of accidents, red light cameras, and other hazards.

Google Maps is widely used despite being a pretty bare-bones navigation app — it still doesn’t show your vehicle’s speed, for instance. So speed limit and radar trap warnings are big changes that are long overdue.