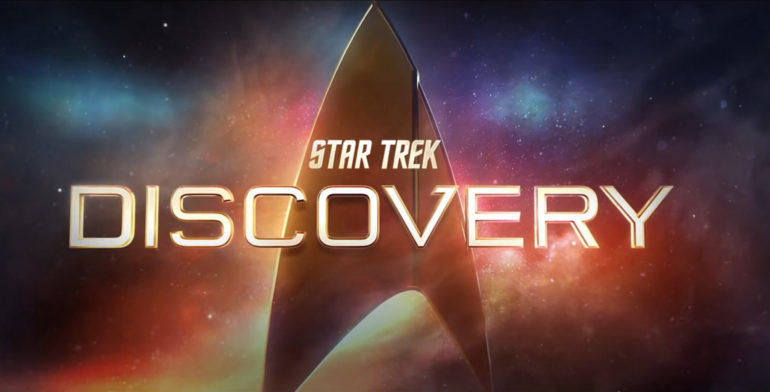 Can you believe it’s been 509 long days since the last episode of “Star Trek: Discovery” Season 2? But fear not, for “Star Trek” Day today (Sept. 8) — which celebrates 54 years since the show’s original iteration premiered — CBS has rewarded our patience with what every “Star Trek” fan has been waiting for … a new, full trailer for Discovery’s third season.

“We traveled into the future,” Cmdr. Michael Burnham (Sonequa Martin-Green) narrates over flashback images from the last episode of season 2. “Nine hundred and thirty years. A one-way trip, no going back.”

At this point, we see that the USS Discovery has crash-landed on a planet’s surface.

As Burnham struggles to ascent a rocky summit, a computer voice tells us that we’ve reached the year 3188. It appears as if Burnham has  taken off her environment suit and is using it as an external artificial intelligence (AI) link up … or something of that nature.

“Is there life here, anywhere?!” she asks the user interface with a tinge of panic.

We then hear the voice of Lt. Saru (Doug Jones). “We are completely disconnected,” he says. “But, we are also together,” he adds as we see scenes of a distraught crew looking to comfort each other.

Next, we get a glimpse of Cleveland Booker (David Ajala) as he says to Burnham, “You’re not from around these parts … The Federation mostly collapsed after ‘The Burn.'” Naturally, Burnham gasps. “What was ‘The Burn,'” she asks.

“‘The Burn’ was the day the galaxy took a hard left,” he replies, and we start to see images of chaos and destruction on planets and with ships out in space.

Suddenly we see a totally new character talking to Saru. “I’ve always believed you were out there, somewhere,” they say. “That we were part of the Federation, no matter what.”

We then find ourselves in engineering with Lt. Stamets (Anthony Rapp), Cmdr. Reno (Tig Notaro), Ensign Tilly (Mary Wiseman) and a new crew member, joking about dysfunction being an essential part of the Discovery team.

Back on the planet, Booker has his shirt off and is hanging out with Burnham as she explains that there was no other way to escape except time travel.

“We all want a future that matters,” Burnham says. “The Federation gave us the resources and the mandate to solve the biggest and most troublesome problems in the galaxy.”

Along with images of Stamets and Dr. Culber (Wilson Cruz) holding hands and the command crew enjoying a group hug in the shuttlebay, it is clear that unity, togetherness and support are big themes in Season 3. (Aren’t they in every season? Granted, this is a slightly different scenario.)

We also see new-looking lifeforms and possibly an Andorian, plus interesting alien shantytowns like the one on Qo’noS that we saw in the finale of the first season “Will You Take My Hand?” (S01, E15).

As showrunner Alex Kurtzman has said on numerous occasions, with this season being set so far ahead in the future, it’s not constrained by pre-existing “Star Trek” canon. Plus, there are undeniably plot similarities to Gene Roddenberry’s other, lesser-known sci-fi series “Andromeda.”

However, with Season 4 already officially in pre-production, it seems unlikely that the USS Discovery will stay in the year 3188 beyond the end of this third season.