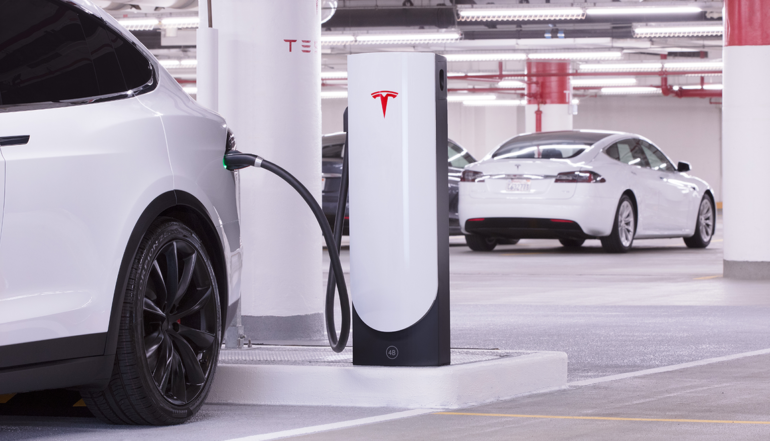 The V3 Supercharger stations were installed around Berlin and are in other parts of Europe after a 2019 launch of the fast-charging system in California. Tesla says the higher-level connection gives 75 miles of range in five minutes. Tesla drivers in Germany are charged 0.33 Euros per kWh and the Model 3 sedan has a 50 kWh battery, so a full battery charge would be about 16 Euros.

The charging network is supposed to be exclusive to Tesla owners, but the physical connector at the European stations fits into other electric vehicle ports. Normally, the software should require a Tesla account to allow the electrons to flow and a connected credit card to pay for the juice. But that’s not happening at the European charging ports.

Electrek reported that a Germany EV rental company tested various non-Tesla vehicles at the charging stations and found that all these battery plug-in vehicles work for a free charge:

Here’s a video about the charging issue (it’s entirely in German, btw):

Walking quadruped is controlled and powered by pressurized air

We reached out to Tesla about the apparent bug, but haven’t heard back.

In the meantime, electric drivers in Europe who didn’t shell out for a Tesla can take advantage of the company’s fast charging network scattered all over Europe.