This Dumbass Comet Just Flew Directly Into the Sun 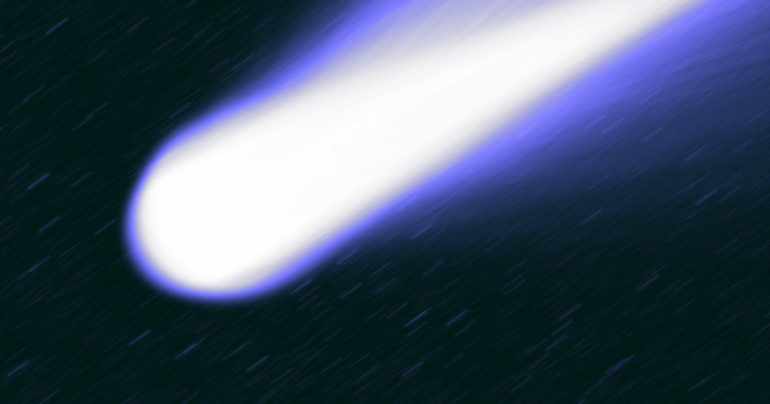 On Thursday, NASA watched as a “sungrazer comet” sailed through space on a self-destructive collision course with the Sun.

Unfortunately, the poor fella didn’t survive its close encounter, CNET reports. Perhaps that’s not all that surprising for anything hurtling toward the Sun, but astronomers did get some fascinating footage as they watched the comet break apart in real-time.

Comet approaching the Sun (from southwest, or lower right), while slow CMEs were in progress on both the east and west limbs. The comet must have overlapped with the solar disk by now if it had survived. pic.twitter.com/DH1ftnycr7

NASA and the US Naval Research Laboratory (NRL) spotted the comet after it let out a bright flash of light on its approach. Sungrazer comets are fairly common, CNET reports, but it’s unusual for them to announce themselves with such dramatic flair. Unfortunately, this one’s journey is already over.

“This is not survivable for a little comet,” NASA and NRL researcher Karl Battams wrote in a tweet about the comet’s trajectory.

Our bright SOHO sungrazer is still looking as healthy as can be hoped! [📷: https://t.co/0lbmyfPeHV]

Windows 11 to move to just one feature update per year

In Apps and WebComputer science
on 24 June 20214 min read

Even aside from its final destination, the scientists observing the comet could tell it was doomed by looking at its tail.

In another tweet, Battams pointed out that the comet didn’t have a regular tail. Instead, it was leaving…