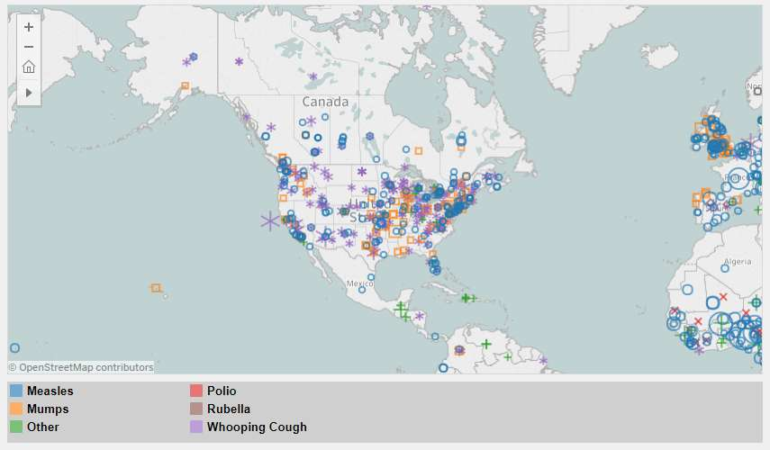 Vaccinations are one of the of most incredible aspects of modern medicine. They can make previously lethal diseases disappear from society and save countless lives. There is, however, a chance that the vaccines work a little too well and our collective memory is too short to remember the devastating effects some of these diseases caused just a few short decades ago. Recently, for reasons that are not based on science or logic, many parents have outspokenly rejected vaccinating their children. Unfortunately, this has caused a reemergence of easily managed diseases.

The Council on Foreign Relations has released an interactive map detailing the catastrophic outcome of these poor choices, which is now published on the Vaccines Work website.

This interactive map gives a gut-wrenching tour of global outbreaks of measles, mumps, rubella, polio, and whooping cough from 2008-2017. These diseases – all of which are easily prevented by vaccines – can have dire consequences. The Centers for Disease Control and Prevention (CDC) estimates that 146,000 people around the world will die from measles each year, mostly children.

The United States has recently seen a drastic increase in whooping cough, which causes around 195,000 deaths per year. The majority of these deaths occur in impoverished regions with very little access to vaccines. In the case of developed areas like the US or UK, they shouldn’t be happening at all.

But how did it all begin?

In 1998, Andrew Wakefield released a paper claiming to have linked the measles, mumps, and rubella (MMR) vaccine to the onset of autism. No other…