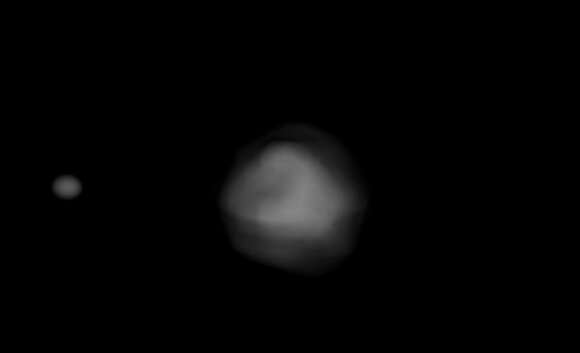 Despite humanity’s current struggle against the novel coronavirus, and despite it taking up most of our attention, other threats still exist. The very real threat of a possible asteroid strike on Earth in the future is taking a backseat for now, but it’s still there.

Though an asteroid strike seems kind of ephemeral right now, it’s a real threat, and one that—unlike a coronavirus—has the potential to end humanity. Agencies like NASA and the ESA are still working on their plans to protect us from that threat.

NASA’s DART (Double Asteroid Redirection Test) mission is scheduled to launch on July 22, 2021. It’s a demonstration mission to study the use of kinetic impact to deflect an asteroid. It’ll head for the tiny binary asteroid system called Didymos, (or 65803 Didymos.) This double asteroid system poses no threat to Earth.

The larger of the pair, named Didymos A, is about 780 meters (2560 ft.) in diameter, while the smaller one, Didymos B, is only about 160 meters (535 ft.) DART will crash itself into the Didymos B. It’s close to the typical size of an asteroid that threatens Earth.

DART has a lot of space to cover to reach Didymos. After launching in July 2021, it will reach its target in September 22nd, when the binary asteroid is within 11 million km (6.8 million miles) of Earth. And to get there, it’ll rely on a powerful ion engine called NASA’s Evolutionary Xenon Thruster—Commercial (NEXT-C).

The engine comes in two…