Uncovering the acoustical properties of Stonehenge 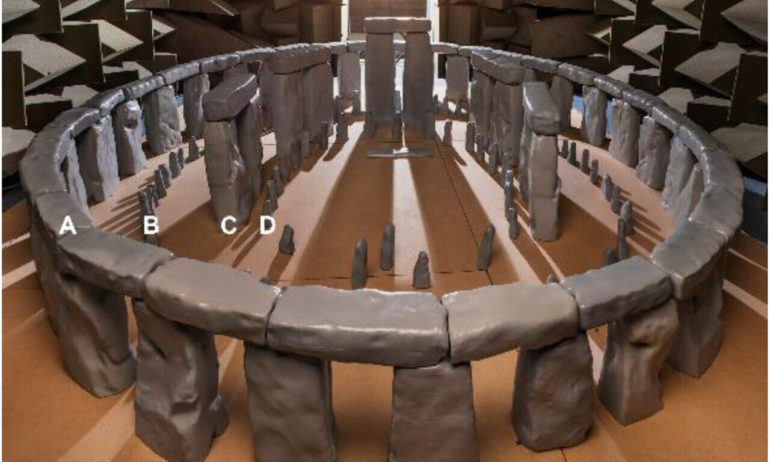 A trio of researchers, two with the University of Salford, the third with English Heritage, has built a small-scale model of Stonehenge to test the acoustical properties of the ancient monument. In their paper published in the Journal of Archaeological Science, Trevor Cox, Bruno Fazenda and Susan Greaney describe their efforts to recreate the acoustic properties of Stonehenge back when it was new, and what they learned.

Stonehenge is, of course, a famous monument on Salisbury Plain in Wiltshire, England. The circle of stones has been studied by many people over the years. In this new effort, the researchers wondered if the circle of stones might have given the monument some interesting acoustical properties. To find out, they built a small-scale model that depicted the state of the monument when it was still in use and then tested its acoustical properties.

To accurately recreate the monument, the researchers used laser scan data from work by other researchers as input for a 3-D printer. They also used data from other research efforts to recreate stones from scratch that are missing at the Stonehenge site. All of the simulated stones were treated to replicate the acoustical properties of the actual stones in England.

With their one-12th scale model complete, the researchers set up speakers and microphones in and around their model and then tested its acoustical features. The testing consisted of playing chirping noises that ran the gamut from very low to very high frequencies. Data from the microphones was recorded and then analyzed.

Subsidies Mean This Electric Car Is Literally Free in Germany