Underwater Volcano Creates Bubbles More Than a Quarter-Mile Across 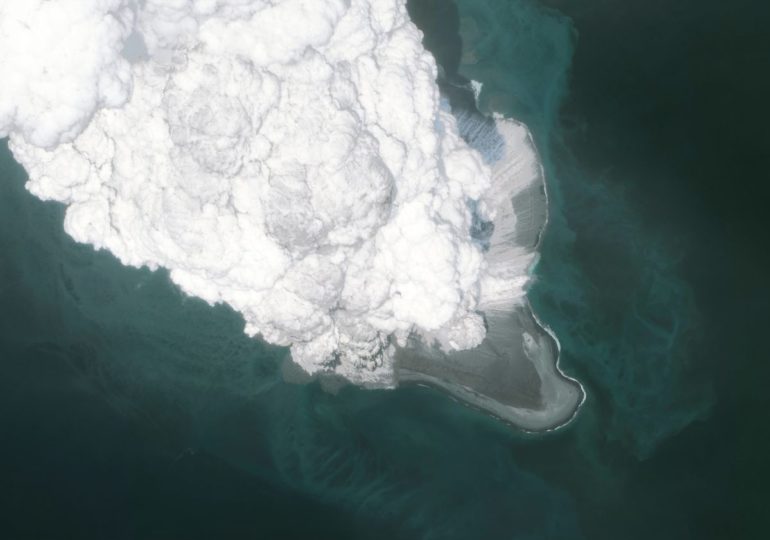 In the early 20th century, sailors near Alaska reported seeing black bubbles seeming to boil out from the sea, each one the size of the dome of the capitol building in Washington, D.C. They weren’t the only sailors who reported the bizarre phenomenon, and they weren’t mistaken, except for one thing … the bubbles were much larger.

When the mostly underwater Bogoslof volcano in the Aleutian Islands erupts, it produces giant bubbles that can reach up to 1,444 feet (440 meters) across, according to a new study. These bubbles are filled with volcanic gas, so when they burst they create volcanic clouds tens of thousands of feet in the sky, said lead author John Lyons, a research geophysicist at the Alaska Volcano Observatory of the U.S. Geological Survey.

These volcanic clouds were captured in satellite images taken after the Bogoslof volcano last erupted in 2017 — but the bubbles themselves were never photographed.

During the time of the eruption, a dull hum lingered in the air. Something was giving off low-frequency signals called infrasound — sounds below the level that humans can hear — that would last up to 10 seconds. Lyons and his team, who regularly monitor active volcanoes in Alaska, picked up on these signals in their data. But “it took us a while to figure out what they were,” Lyons told Live Science.

It was only after searching the literature that the team came up with their hypothesis that the sound was the whisper of giant gas bubbles growing within the magma of the erupting volcano. They then came up with a computer model for what was happening.

In their model, a bubble bursts out from the column of magma underwater and begins to grow. Once it reaches…