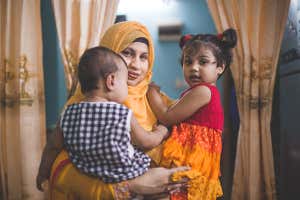 We can now use urine or blood samples to predict how well an infant is likely to grow over its next six months.

Margaret Kosek at the University of Virginia and her colleagues have developed a predictive model that can forecast infant growth based on the presence of several biomarkers. They believe this could be used to improve interventions for children in developing countries who are chronically malnourished.

Over two years, the researchers took urine at regular intervals from 779 infants in Bangladesh, Peru and Tanzania who were aged 3 months to 2 years. They also measured the children’s body length every month from birth.

A subset of these children, who were in roughly the top 9 per cent for linear growth, were used as a healthy reference group. These were infants who were growing well despite adversity, says Kosek, although their height and growth was often below the median for well-nourished children in other countries.

The team measured eight different compounds excreted in urine and found significant differences in levels of certain metabolites between the healthy growers and the other children. Children with constrained growth lagged in metabolic maturity relative to their healthier peers, and this was evident as early as 3 months old.