Ways to enhance neurolysin activity in the brain 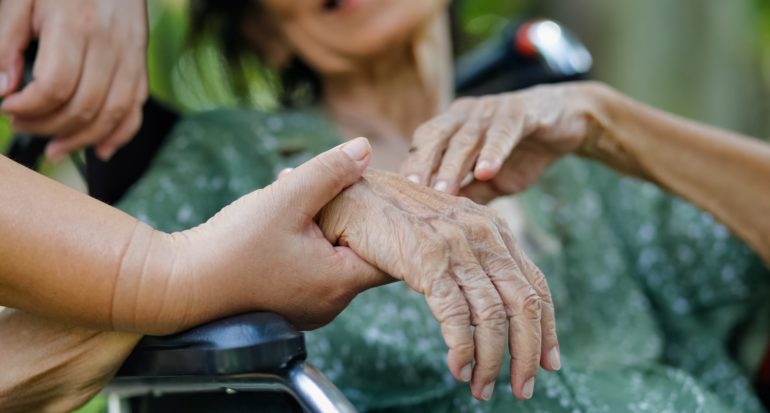 Ischemic stroke, the second leading cause of death worldwide, occurs when a vessel to the brain is blocked, reducing blood flow to the brain and depriving it of critical supplies of oxygen and nutrients. This process leads to the death of brain cells and leaves the patient with a sudden loss of certain body functions.

Tissue plasminogen activator, also known as tPA, is the lone pharmacological treatment for stroke, and while it is considered to be highly effective, it comes with one important, and often hard-to-meet caveat: it must be administered to the patient within 3-5 hours of stroke onset. Though many other significant efforts have been undertaken to discover and develop new drugs, there have been no new therapeutics approved to treat stroke since tPA was approved in 1996.

However, some recent advances in understanding signaling pathways that are relevant to the brain’s self-protective mechanisms have allowed investigators to identify novel targets for further study. One of those investigators, Vardan Karamyan, Ph.D., from the Texas Tech University Health Sciences Center (TTUHSC) Jerry H. Hodge School of Pharmacy, has researched and collaborated with others to develop an effective treatment for stroke that focuses on the use of a peptidase known as neurolysin (Nln). Peptidases are enzymes that have the ability to cleave, or split peptides, which often leads to their inactivation.

Karamyan’s most recent collaborative study is a continuation of his previous work and evaluates the potential of Nln as a therapeutic target for stroke by seeking to identify small molecules capable of enhancing the activity and catalytic efficiency of Nln.

In previous research, Karamyan’s lab first identified Nln as a key internal peptidase that helps protect the brain during acute neurodegenerative disorders such as stroke. His research showed that when Nln was inhibited after a stroke, there was more damage to the brain. However, when the amounts of Nln in the brain were increased prior to stroke, the damage was significantly reduced.

When this also proved true in animal models, Karamyan and his team began to wonder if there were ways in which the activity of Nln already present in the brain could be enhanced, which based on previous experiments, should result in smaller stroke injury. While it looked good on paper, Karamyan knew from experience that enhancing the activity of enzymes is difficult to achieve.

“We have been very good—and when I say we, the research community—to inhibit enzymes, which means to block their function, block their activity,” Karamyan explained. “But it is extremely rare to have compounds which can enhance the activity of enzymes, to help them function with more efficiency. Over the last many decades, we learned pretty well how to inhibit enzymes, but when it comes to enhancing their activity, or activating them, our understanding is in its infancy.”

Further research completed and published this summer by the Karamyan research team and University of Florida collaborator David Ostrov, Ph.D., discovered two histidine dipeptides that can selectively enhance the activity of neurolysin (“Identification and Characterization of Two Structurally Related Dipeptides that Enhance Catalytic Efficiency of Neurolysin,” published Aug. 13 in the Journal of Pharmacology and Experimental Therapeutics).

“We screened tens of thousands of compounds in the computer and we ranked them based on the probability that they could interact with neurolysin,” Karamyan summarized. “Then from those, we actually received the top 100 compounds from the NIH, and then in my lab we tested them one by one to see if we could then find compounds that do interact with neurolysin, but more importantly, enhance its activity. And we did that.”

Knowing this, Karamyan said the next logical step was determining how to work with these neurolysin histidine dipeptide activators to potentially improve stroke outcomes.

“While it is a very big deal to have such activator molecules, when it comes to using them therapeutically, unfortunately they are at a very big disadvantage because peptides usually are not good drugs; they are degraded when we take them into our body,” Karamyan said.

Because the target organ is the brain, Karamyan said investigating whether or not any of the peptide activators could get past the blood brain barrier, which serves as a shield between the brain and the rest of the body. Its role is to prevent toxins and other substances from reaching the brain. Unfortunately, it also makes it difficult for some drugs to reach the brain.

To address these issues, the Karamyan lab collaborated with the Abbruscato lab, which specializes in the blood brain barrier, and the Trippier lab, whose specialty is medicinal chemistry. Whenever Karamyan’s lab identified a molecule with the potential to react with Nln, they passed it along to the Trippier lab.

“They are able to modify chemical molecules to make them better in regards to drug-like properties, because not every substance can be a drug,” Karamyan said. “We want them to be non-toxic, we want them to reach the target and we want them to do the job that we want for the duration that we want and then disappear without leaving any bad consequences. And that is what Paul’s team can do.”

Each time Trippier modified a molecule, Karamyan’s lab would make sure the molecule still was able to activate the neurolysin, or enhance its activity, while remaining stable. Whenever a potential molecule was confirmed, it was then sent to the Abbruscato lab for testing and evaluation as to whether or not the modified molecule had the ability to penetrate the blood brain barrier.

“We took those dipeptides, and with all three groups collaborating together, we tried to devise and to develop better molecules that are high in potency, meaning you need less of this compound to enhance the activity of neurolysin,” Karamyan said. “They are more stable, and they have a better chance of getting to the brain. And that’s what we reported in the JMC article.”

New proteins ‘out of nothing’

While the study identified three molecules that exhibited significant improvements when compared to those original dipeptides, Karamyan said it would take more time to produce a molecule, and therefore a drug that is so effective and stable that it can be administered orally, intravenously or intramuscularly and can then reach the brain and activate neurolysin.

Karamyan said what he and his collaborators have accomplished to this point represents a tremendous advancement in regards to what was known about neurolysin as an enzyme and in identifying molecules that could one day be used to treat stroke and other neurological disorders. However, they still have not reached the point where they can say they have a drug candidate that has worked in animals and is ready to be tested in humans.

“And it is not really surprising because hundreds of laboratories for probably four or five decades have tried to cure stroke, meaning if it was easy, it would have been done already,” Karamyan added. “That’s our dream; that’s our goal, but we’re not there yet.”