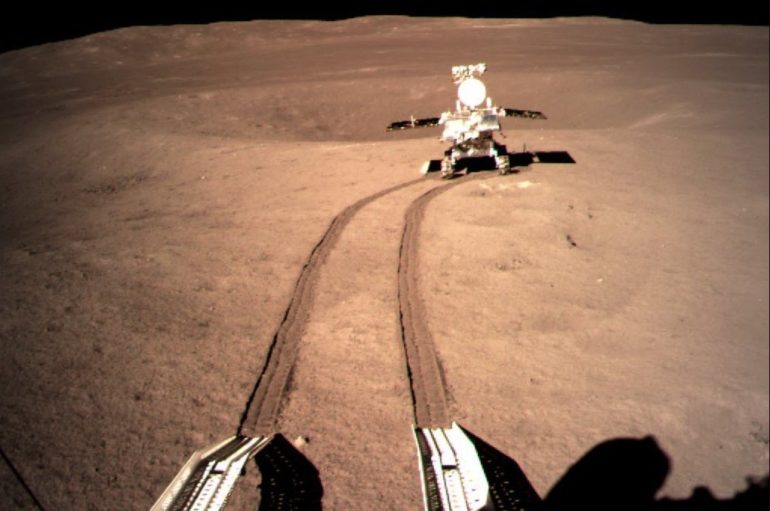 When China’s Chang’e-4 spacecraft landed on the lunar far side on 3 January 2019, it made history. It was the first spacecraft to visit that part of the Moon, and among its payload was a 2.6 kg (5.7 lb) mini-biosphere called the Lunar Micro Ecosystem (LME).

The sealed, cylindrical biosphere is only 18 cm (7.1 in) long and 16 cm (6.3 in) in diameter. The LME carried six lifeforms, kept in mostly Earth-like conditions except for micro-gravity and lunar radiation.

This ground-breaking work by China is the first biological growth experiment on the Moon. Only the cotton seeds produced positive results.

This experiment took place back in January 2019 when the lander made it to the Moon. At that time, the team behind this experiment thought that there was only one leaf, but now data indicates there were two.

The image is a 3D reconstruction based on data analysis and image processing, and it clearly shows two leaves.

None of the other organisms produced any results.

The LME was unheated, so after the first lunar day – about 14 Earth days – the cotton sprout died when the temperatures plunged to minus 190 Celsius (-310 F.) But the experiment continued, to test the longevity of the LME itself.

One of The Earliest Stone Tool Types Could Date Back 2.6 Million Years, New Data Show

The leader of the experiment is Xie Gengxin of the advanced Technology Research Institute at Chongqing University. While there will be no scientific papers published from the experiment, Xie hopes to build on this work.

During the planning stages there was talk of sending a small tortoise to the Moon, but mission constraints prevented it.

In an interview with IEEE…