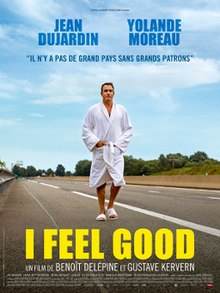 “Feel-good films” are usually dismissed by film critics as being sentimental and without intellectual merit. But their popularity with audiences, who seek them out precisely because of their “feel-good” qualities, tells a more favorable story. Now, for the first time, this popular movie genre is examined scientifically. A new study from the Max Planck Institute for Empirical Aesthetics investigates which feel-good films are considered by viewers to be prototypical and which factors constitute their feel-good effect.

Around 450 participants from Germany, Austria, and the German-speaking regions of Belgium and Switzerland took part in the study. Their responses point to romantic comedies as having a particularly high potential for emotional uplift. The feel-good films they identified as typical include “Love, Actually,” “Pretty Woman,” “Amélie” and “The Intouchables.” The study’s findings provide clues as to which content-related and formal characteristics films must have in order for audiences to feel particularly good while watching them.

“In addition to an element of humor and the classic happy ending, feel-good films can be identified by certain recurring plot patterns and characters,” explains study leader and first author Keyvan Sarkhosh. “Often these involve outsiders in search of true love, who have to prove themselves and fight against adverse circumstances, and who eventually find their role in the community.”

But feel-good films are characterized not just by romance and humor, but also by moments of drama, which usually have a strong emotional effect on viewers. At the same time, these features are often embedded in a fairy-tale setting, which is another typical aspect of the genre and contributes considerably to its perceived lightness. Not least, the mixture of all these elements can be considered constitutive of the feel-good film.

The results of this study have just been published in the journal Projections. The article emphasizes the fact that many people watch feel-good films specifically to relax and lift their spirits. Many of the study participants agreed that while feel-good films may be sentimental, they were not kitschy, and that above all, they were technically well made. In this respect, the positive use of the genre label by viewers differs considerably from the predominantly negative perspective brought to it by professional film critics.