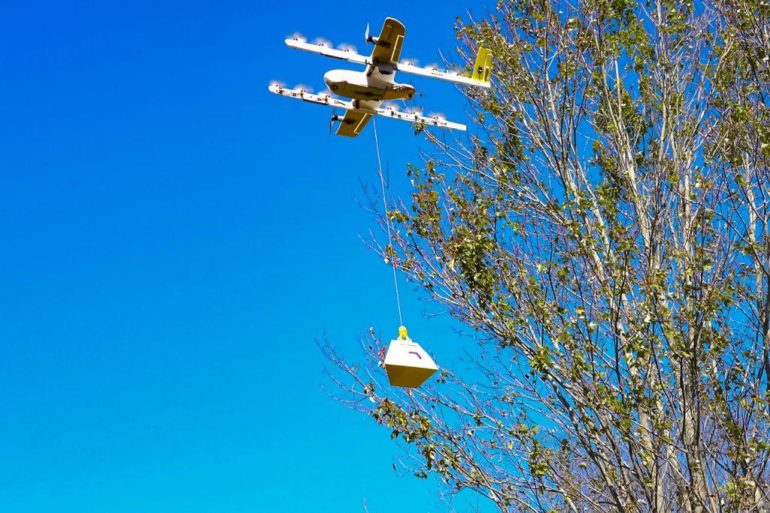 Since October 2019, Alphabet’s Wing has operated a drone delivery service five days per week in the tiny hamlet of Christiansburg, Virginia; a community of just over 20,000. The early testbed has been one to watch for a delivery drone sector that’s just emerging from in a slowly evolving regulatory regime.

Key to the future of drone delivery is positive consumer sentiment. So how do the people of Christiansburg feel about the delivery drone service that’s made their community one of a small number of canaries in the coal mine for the consumer drone sector?

In short, they love it.

According to Virginia Tech’s survey of over 800 residents, 89% of respondents report that they would likely use the service if it were available. Interestingly, 87% say they view drone delivery equally or more favorably than other drone applications, implying that delivery may lead the pack in consumer sentiment when it comes to commercial drone adoption across various sectors.

COVID likely played some role in the positive reception, mirroring the general surge in online shopping during the pandemic. Wing has been conducting pilots in four cities across three continents since late 2019, and it found that deliveries in 2020 increased by 500%. In markets where there are few restrictions, such as Australia, the use of Wing’s service has continued to increase, marking greater than 5X growth in the first three months of 2021 compared to the same period a year ago.

The results are noteworthy in light Wing’s eye toward growth in the U.S. In April, the company asked U.S. regulators to grow its U.S.-based drone delivery footprint with the addition of a centralized hub from which remote operators can control flights without direct line of sight, a major sticking point in the past between the FAA and commercial drone advocates.

The requests, which amusingly include a request to be checked on less regularly by the FAA, are still pending, but no doubt Wing is pressing its case that consumers seem to be responding favorably to its service.