Why Do Pigeons Bob Their Heads? 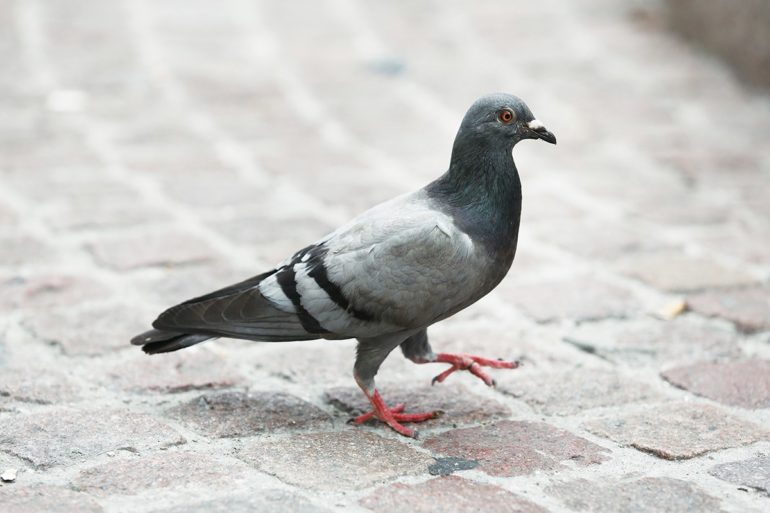 In 1978, a group of researchers in a laboratory at Queen’s University in Canada clustered around a plexiglass box enclosing a treadmill … with a pigeon walking on it. The purpose behind this comical scene was to try and answer an age-old question: Why do pigeons bob their heads?

Head-bobbing is as much a feature of pigeons’ identity as is their tendency to swarm us at the slightest suggestion that we might be harboring a snack. Bopping their heads as they stalk about pecking the ground for crumbs, these birds seem to be grooving to some secret beat, as if they’re all attending a silent disco in the town square.

But what’s the real purpose behind this seemingly ridiculous motion?

The 1978 treadmill experiment gave us the first crucial insights into that question. And the study overturned one major assumption in the process: Pigeons aren’t actually bobbing their heads. Instead, they’re pushing them forward.

When the researchers in that study reviewed slow-motion footage, they found that there were actually two main parts to a pigeon’s head movement, which the scientists called a “thrust” and a “hold” phase.

“In the ‘thrust’ phase, the head is pushed forward, relative to the body by about 5 centimeters [2 inches],” explained Michael Land, a biologist at Sussex University in the United Kingdom who has studied eye movements in animals and humans. “This is followed by a ‘hold’ phase, during which the head is kept still in space, which means that it moves backwards relative to the forward-moving body.”

What we see as a “bob” is actually the head sliding smoothly forward and then waiting for the body to catch up. We perceive it as a bob because the motion unfolds so…