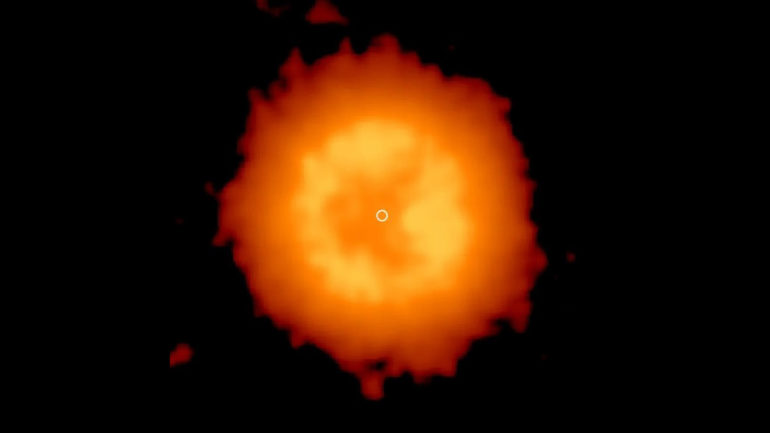 Astronomers have observed evidence of a hot, spinning star blasting winds outwards at 10,000 miles per second, which seemed to have formed from a relatively recent collision of white dwarf stars. It’s some of the clearest evidence to date of these stars colliding and merging.

“First of all, [these results show] that white dwarf mergers happen,” study co-author Götz Gräfener, an astronomer at the University of Bonn told Gizmodo. “And secondly, it shows that some of these mergers don’t explode.”

The researchers were specifically searching for infrared-emitting clouds of gas and dust surrounding stars when they discovered this object, around 10,000 light years away, in the constellation Cassiopeia, using data from the Wide-field Infrared Survey Explorer space telescope. They named the object J005311, and observed it again using a six-meter telescope at the Special Astrophysical Observatory of the Russian Academy of Science. They measured the brightness and the spectrum—the different wavelengths of light—emitted by the object in order to determine what was going on.

J005311 is around 40,000 times brighter than the Sun, and based on its emission lines, the scientists were able to infer that…