A Simple Explanation for the Strange, Complicated New Kilogram 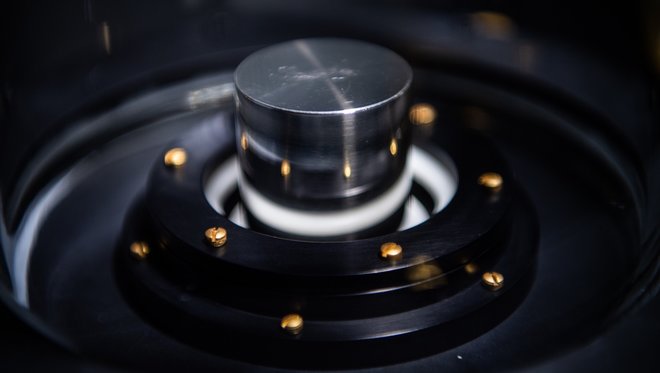 The kilogram isn’t a thing anymore. Instead, it’s an abstract idea about light and energy.

As of today (May 20), physicists have replaced the old kilogram — a 130-year-old, platinum-iridium cylinder weighing 2.2 pounds (1 kilogram) sitting in a room in France —— with an abstract, unchanging measurement based on quadrillions of light particles and Planck’s constant (a fundamental feature of our universe).

In one sense, this is a grand (and surprisingly difficult) achievement. The kilogram is fixed forever now. It can’t change over time as the cylinder loses an atom here or an atom there. That means humans could communicate this unit of mass, in terms of raw science, to space aliens. The kilogram is now a simple truth, an idea that can be carried anywhere in the universe without bothering to bring a cylinder with you.

And still…so what? Practically speaking, the new kilogram weighs, to within a few parts per billion, exactly as much as the old kilogram did. If you weighed 93 kilograms (204 pounds) yesterday, you’ll weigh 93 kilograms today and tomorrow. Only in a few narrow scientific applications will the new definition make any difference.

What’s really fascinating here isn’t that, practically speaking, the way most of us use the kilogram will change. It’s how damn difficult it turned out to be to rigorously define a unit of mass at all.

Other fundamental forces have long since been…