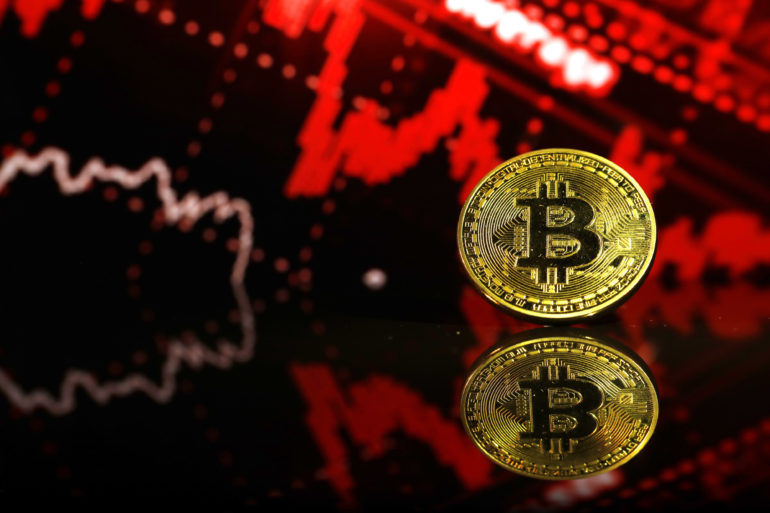 GUANGZHOU, China — Bitcoin and other digital coins tanked on Monday, wiping some $200 billion off the cryptocurrency market.

The market capitalization or value of the cryptocurrency market was $880 billion at 9:20 a.m. ET, down from $1.08 trillion a day earlier, according to Coinmarketcap.

The sell-off in cryptocurrencies comes after a huge rally and perhaps signals some profit-taking from investors. Bitcoin is still up over 300% in the last 12 months and last week hit an all-time high just below $42,000.

“The correction we saw was expected as we believe the BTC price surge recently from under $20,000 to $40,000 in the past four weeks will induce sell pressure,” said Simons Chen, executive director of investment and trading at cryptocurrency financial services firm Babel Finance.

The $40,000 mark could have been a trigger for profit-taking, Chen said.

Bitcoin’s resurgence has been attributed to a number of factors including more buying from large institutional investors.

And it has also been likened to “digital gold,” a potential safe-haven asset and a hedge against inflation. In a recent research note, JPMorgan said bitcoin could hit $146,000 in the long term as it competes with gold as an “alternative” currency. The investment bank’s strategists noted, however, that bitcoin would have to become substantially less volatile to reach this price. Bitcoin is known for wild price swings.

But some bitcoin critics — such as David Rosenberg, economist and strategist at Rosenberg Research — have called bitcoin a bubble.

Long-term bullishness around bitcoin remains however.

In Apps and WebComputer science
on 21 March 20215 min read

Jehan Chu, founder of cryptocurrency-focused venture capital and trading firm Kenetic Capital, said the pullback in bitcoin could be a buying opportunity for new investors.

“This short term correction is both natural and needed, and is a great entry point for long-term investors as we quickly reach $50k this quarter and $100k by year’s end,” Chu told CNBC.