A more efficient, safer alternative to sourcing copper via bacteria 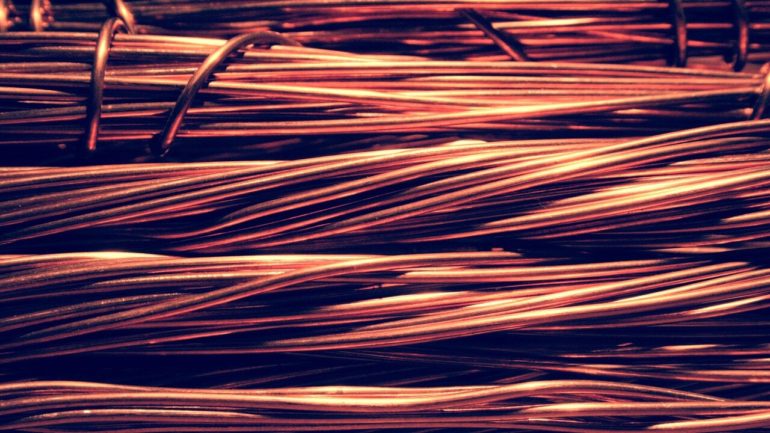 Copper remains one of the single most ubiquitous metals in everyday life. As a conductor of heat and electricity, it is utilized in wires, roofing and plumbing, as well as a catalyst for petrochemical plants, solar and electrical conductors and for a wide range of energy related applications. Subsequently, any method to harvest more of the valuable commodity proves a useful endeavor.

“The idea of having bacteria in mines is not new, but the unanswered question was: what are they doing in the mines?” Robles said. “By putting the bacteria inside an electronic microscope, we were able to figure out the physics and analyze it. We found out the bacteria were isolating single atom copper. In terms of chemistry, this is extremely difficult to derive. Typically, harsh chemicals are used in order to produce single atoms of any element. This bacterium is creating it naturally that is very impressive.”

As useful as copper is, the process of mining the metal often leads to toxic exposures and challenges on drawing out substantial volume for commercial use. Approximately one billion tons of copper are estimated in global reserves, according to the Copper Development Association Inc., with roughly 12.5 million metric tons per year mined. This aggregates to roughly 65 years of remaining reserves. Part of the supply challenge comes from limited available copper in high concentration in the earth’s crust, but the other challenge is the exposure to sulfur dioxide and nitrogen dioxide in the copper smelting and production process to concentrate the metal into useful quantities.

“The novelty of this discovery is that microbes in the environment can easily transform copper sulfate into zero valent single atom copper. This is a breakthrough because the current synthetic process of single atom zerovalent copper is typically not clean, it is labor intensive and expensive,” Rodrigues said.

“The microbes utilize a unique biological pathway with an array of proteins that can extract copper and convert it into single-atom zero-valent copper. The aim of the microbes is to create a less toxic environment for themselves by converting the ionic copper into single-atom copper, but at the same time they make something that is beneficial for us too.”

With a focus in electronic microscopy, Robles examined samples from Rodrigues’ findings in Brazilian copper mines and he determined the single atom nature of the copper. Rodrigues and Aquino’s groups further identified the bacterial process for converting copper sulfate to elemental copper—a rare find.

“We have only worked with one bacterium, but that may not be the only one out there that performs a similar function,” Rodrigues concluded. “The next step for this particular research is harvesting the copper from these cells and using it for practical applications.”

NASA’s Ingenuity helicopter dropped on Mars’ surface ahead of flight