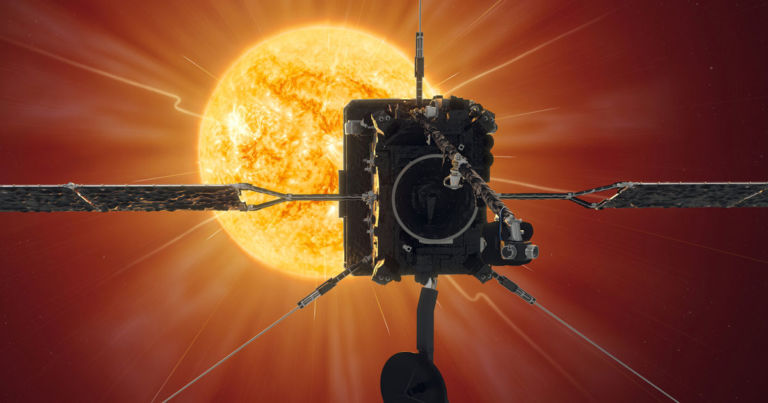 The European Space Agency’s Solar Orbiter probe just made its first close approach of the Sun, getting within 77 million kilometers (47.8 million miles) of the star’s surface — about half the distance between Earth and the Sun.

During its approach, it snapped the closest images of the Sun ever captured — which will be released in mid-July, according to a statement.

“We have never taken pictures of the Sun from a closer distance than this,” ESA’s Solar Orbiter Project Scientist Daniel Müller said in the statement.

While we’ve been able to zoom in further using solar telescopes from Earth such as the Daniel K. Inouye Solar Telescope in Hawaii, this spacecraft was able to get a much clearer look from outer space, unobstructed by Earth’s atmosphere.

“For the first time, we will be able to put together the images from all our telescopes and see how they take complementary data of the various parts of the Sun including the surface, the outer atmosphere, or corona, and the wider heliosphere around it,” Müller added.

Scientists will also be able to get an unprecedented peek at the structure and composition of solar winds, according to the scientists.

“For the in-situ instruments, this is not just a test, we are expecting new and exciting results,” Yannis Zouganelis, ESA’s Solar Orbiter Deputy Project Scientist, said in the statement.

The Solar Orbiter will get even near to the Sun later, getting as close as 42 million kilometers (26 million miles) — closer than Mercury.

The record still belongs to NASA’s Parker Solar Probe, which in November 2018 became the closest man-made object to the Sun ever sent into space, at just 24 million kilometers (15…