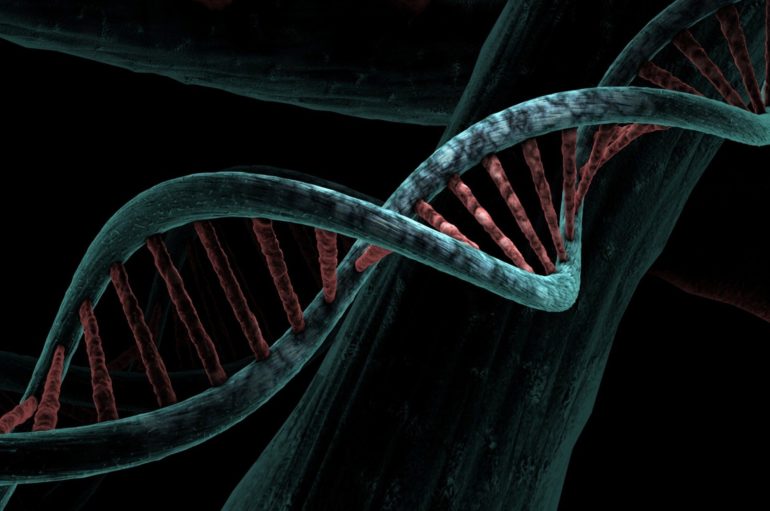 Unrepaired DNA damage is primarily responsible for the devastating neurodevelopmental abnormalities associated with Aicardi-Goutières syndrome (AGS), a rare childhood disorder. The findings from St. Jude Children’s Research Hospital overturn the belief that neuroinflammation was to blame. The paper appeared today in Neuron.

Working in a newly developed mouse model of human AGS, St. Jude researchers showed that loss of the enzyme RNASEH2 led to genome instability in rapidly dividing cells of the developing brain. The unrepaired DNA damage and resulting loss of cells were the primary cause of the microcephaly, seizures and other brain abnormalities associated with AGS, the researchers reported.

The findings highlighted the importance of RNASEH2 in the developing nervous system. The work also provides insights for studies to better understand the disease process. There is no known cure for AGS and about 80% of children with the severe form die within the first decade of life.

The RNASEH2 gene is altered in more than half of AGS patients, making it the most common mutation. But the syndrome is also associated with neuroinflammation that stems from increased type 1 interferon signaling. Type 1 interferon is part of the inflammatory immune response.

“Prior to this work, researchers understood that the enzyme RNASEH2 had a role in repairing DNA damage, but AGS was considered a neuroinflammatory disease,” McKinnon said.

“The enzyme removes ribonucleotides that are incorporated into, and damage, DNA in rapidly dividing cells in the developing nervous system,” McKinnon said. “Our data suggest that loss of RNASEH2 leaves DNA damage unrepaired, letting it accumulate and trigger neurodegeneration that is independent of neuroinflammation.”

RNASEH2 and ATM: An unexpected connection

Investigators also identified an unexpected connection between RNASEH2 and the enzyme ATM. Mutations in ATM cause ataxia telangiectasia, a rare neurodegenerative disorder.

Researchers showed that RNASEH2 and ATM as well as the protein p53 are in the same pathway and help to maintain genome integrity. Loss of RNASEH2 activates ATM to protect developing neurons from DNA damage. In this study, inactivation of both enzymes worsened DNA damage, neurodegeneration and neuroinflammation.