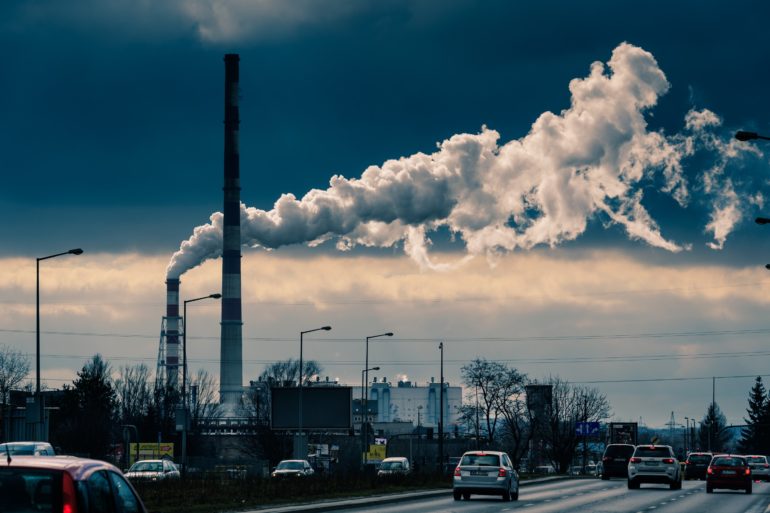 Air pollution was responsible for 1.1 million deaths across Africa in 2019, with household air pollution—driven largely by indoor cookstoves— accounting for 700,000 fatalities, while increased outdoor air pollution claimed 400,000 lives, a team of researchers led by Boston College and the UN Environment Programme report in the latest edition of the journal The Lancet Planetary Health.

Furthermore, air pollution is costing African countries billions in gross domestic product and can be correlated to a devastating loss in the intellectual development of Africa’s children, the researchers found.

In the first continent-wide examination of the far-reaching impacts of air pollution in Africa, the international team found that while deaths from household air pollution have declined slightly, deaths caused by outdoor, or ambient, air pollution are on the rise, said Boston College Professor of Biology Philip Landrigan, MD, who led the project with United Nations Environment Programme Chief Environmental Economist Pushpam Kumar.

“The most disturbing finding was the increase in deaths from ambient air pollution,” said Landrigan, director of Boston College’s Global Observatory on Pollution and Health. “While this increase is still modest, it threatens to increase exponentially as African cities grow in the next two to three decades and the continent develops economically.”

The African continent is undergoing a massive transformation, the co-authors note. Africa’s population is on track to more than triple in this century, from 1.3 billion in 2020 to 4.3 billion by 2100. Cities are expanding, economies are growing, and life expectancy has almost doubled. Fossil fuel combustion has driven an increase in outdoor air pollution that in 2019 killed 29.15 people per 100,000 population, an increase from 26.13 deaths per 100,000 in 1990, according to the report, which is available here.

Indoor and outdoor sources combine to make air pollution the second largest cause of death in Africa, claiming more lives than tobacco, alcohol, motor vehicle accidents, and drug abuse. Only AIDS causes more deaths. Africa is part of a global toll taken by air pollution, which killed an estimated 6.7 million people worldwide in 2017, the paper notes.

“Air pollution in Africa has major negative impacts on health, human capital and the economy,” the co-authors conclude. “These impacts are growing in magnitude as countries develop.”

Examining the toll on the developing brains of children, the researchers calculate that air pollution exposure to infants and young children resulted in the loss of 1.96 billion IQ points across the continent.

“We focused on these three countries because they are all at somewhat different points in their economic development, and we reasoned that comparing air pollution patterns among them would give us a good indicator of future trends,” Landrigan said.

Within these three countries, the upward trend in outdoor air pollution is most clearly evident in Ghana, the most economically advanced of the countries, and beginning to be seen in Ethiopia and Rwanda, Landrigan said.

“Experience from other countries suggests that the increases in AAP appearing in Africa today could be the harbinger of a looming problem,” according to the report. “In the absence of visionary leadership and intentional intervention, AAP could become a much larger cause of disease and premature death than at present and could pose a major threat to economic development.”

In addition to the toll on human health, air pollution imposes economic costs, the study found. Economic output lost to air-pollution-related disease was $3.0 billion in Ethiopia, or 1.16 percent of the nation’s gross domestic product; $1.6 billion in Ghana (0.95 percent of GDP), and $349 million in Rwanda (1.19 percent of GDP).

“Investment in pollution control besides climate and biodiversity has significant return than usually construed,” said UNEP’s Kumar. “This study from three diverse countries of Africa demonstrates that managing pollution favorably impacts human capital and helps lay the foundation for sustainable recovery in the post-pandemic era.”

Invest in clean renewable energy, in particular taking advantage of solar and wind power resources and reducing reliance on coal, oil, and gas.Reduce road traffic and traffic-related pollution by raising fuel taxes and parking fees, levying congestion charges, creating vehicle-free zones and cycle paths, and improving public transportation.Regulate the open burning of waste by households and firms and place restrictions on agricultural burning, including burning forest to convert to agricultural land as well as crop residue burning.Undertake systemic reforms to identify, control, and track sources of indoor and outdoor air pollution and sponsor research to further assess the impact on public health.

“We encourage Africa’s leaders to take advantage of the fact that their countries are still relatively early in their economic development and to transition rapidly to wind and solar energy, thus avoiding entrapment in fossil-fuel-based economies,” said Landrigan. “We argue that African countries are in a unique position to leapfrog over mistakes made elsewhere and to achieve prosperity without pollution.”

“Air pollution in Africa threatens economic development and future growth, but can be avoided by wise leaders who transition rapidly to wind and solar energy and avoid entrapment by coal, gas and oil,” Landrigan said.