Airbnb and DoorDash boosted marketing in Q2 for recruiting 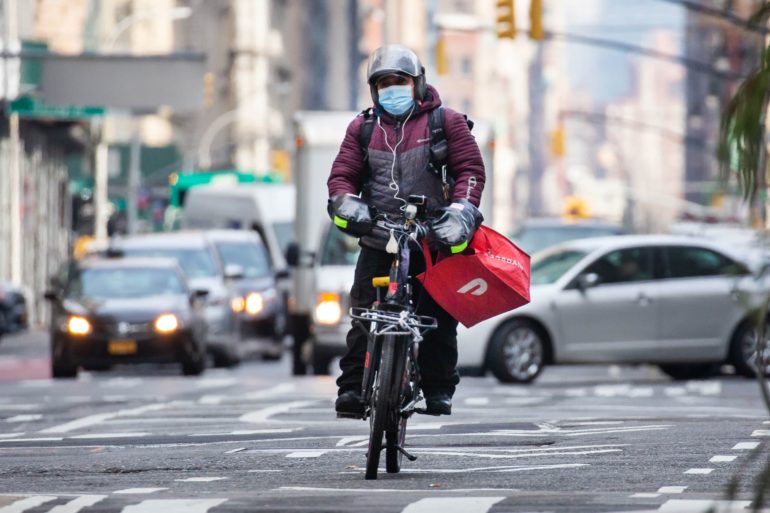 Airbnb CEO Brian Chesky told CNBC’s “Mad Money” in April that the home-sharing site can “take marketing down to zero and still have 95% of the same traffic as the year before,” indicating there would be no return to pre-Covid spending.

Far from taking the number to zero, Airbnb said in its second-quarter earnings report on Thursday that sales and marketing expenses surged 175% from a year earlier to $315.3 million. Costs aren’t quite back to pre-pandemic levels, but they’re not too far off the peak of $437 million in the fourth quarter of 2019.

The difference now is that Airbnb is spending to attract hosts, rather than travelers. It’s becoming a common theme in the gig economy. Food-delivery service DoorDash said in its earnings announcement, also on Thursday, that it boosted sales and marketing costs by over 150% from a year earlier to lure Dashers, or what the company calls its drivers.

The combination of a massive labor shortage in the U.S. coming out of the pandemic and an increasingly crowded market of app-based share-everything companies is raising the prices for freelance and contract work. Companies have to find new ways to bolster the supply-end of their platforms to meet consumer demand and continue growing at a rapid clip.

“We, in fact, acquired more Dashers this quarter than we have in the history of DoorDash,” CFO Prabir Adarkar said on Thursday’s earnings call in response to an analyst’s question about the spending increase. “And we also experienced higher advertising rates likely because the ride-share industry and others were competing for Dashers in our pool. So those two things led to higher Dashers costs this quarter than we had planned for.”

DoorDash posted a loss of 30 cents per share in the quarter, wider than the 6 cents analysts were expecting, even as revenue of $1.24 billion blew past estimates, according to FactSet. The stock was down more than 4% before markets opened on Friday. They turned fractionally positive in morning trading.

Within the food delivery market, DoorDash is having to fend off Uber Eats and GrubHub. More broadly, there’s competition from Instacart, which needs drivers for grocery delivery, Uber and Lyft in ride-hailing, and Amazon’s Flex service for delivering packages and grocery orders.

Uber and Lyft have been struggling with long wait times and consumer complaints about higher prices. Uber CEO Dara Khosrowshahi said on his company’s earnings call last week that Uber has been spending more to get drivers on the road.

“The heaviest driver acquisition spend and incentive spend that we think we will see and we saw was in Q2,” Khosrowshahi said. “We really had to take action very quickly because the marketplace was not at a place that we considered healthy, and we wanted to lean in to get wait times down, to get surge levels down.”

For Airbnb, the story is a bit different.

During the pandemic, as travel ground to a halt and revenue plummeted, the company slashed its marketing costs by about 75% between the third quarter of 2019 and the same period in 2020.

Airbnb’s business rebounded as vaccines rolled out this year and the economy started reopening. Rather than spending heavily on digital and TV marketing to find consumers, the company looked to the other side of its marketplace.

Chesky, who co-founded Airbnb in 2008, said in April the platform needed to add millions of new hosts as travel picks up. Airbnb rolled out an ad campaign called “made possible by hosts” using photographs from guests staying in homes around the world.

Airbnb said in its earnings statement Thursday that it expanded the campaign in the second quarter to Italy and Spain. Excluding stock-based compensation, the company recorded sales and marketing costs for the quarter of $292 million, the highest since the first quarter of 2020, when it spent about $311 million.

“We continue to be really encouraged by the results of this campaign in terms of traffic, first-time bookers, interest in hosting and brand favorability,” Chesky said on the call with analysts.

The big risk is that the spending Airbnb is committing to recruit hosts could backfire if recent pandemic trends continue.

Airbnb warned in its letter to shareholders that the delta variant, a highly contagious strain of Covid-19 that’s causing a spike in hospitalizations in Florida, Texas and elsewhere, is likely to affect travel behavior, “including how often and when guests book and cancel.”

Uber’s core business and Lyft are susceptible to similar risks. DoorDash, on the other hand, was among the biggest beneficiaries of the pandemic last year as restaurants closed down and consumers turned to delivery.

The big investor question for DoorDash has been: What happens when restaurants reopen? The stock lost half its value between mid-February and mid-May. However, it has recouped over half its losses as news about the delta variant has worsened.

Analysts are paying close attention to the gyrations in the economy. Piper Sandler’s Alexander Potter said in a note following the earnings report that there’s lingering uncertainty about future demand for DoorDash.

“We still think there’s a risk of normalization in the coming quarters,” wrote Potter, who has the equivalent of a hold rating on the stock. “But a Covid resurgence could delay this problem.”