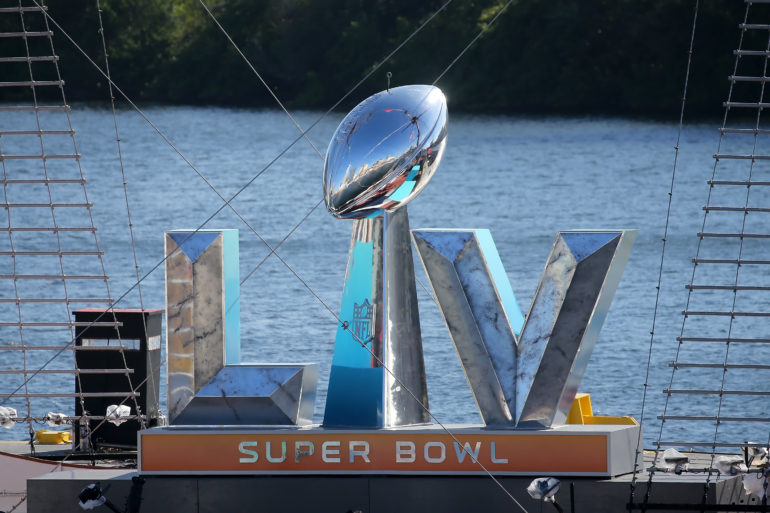 Amazon is teaming up with a government counterfeit watchdog to spot and stop the sale of phony Super Bowl merchandise.

Amazon and the National Intellectual Property Rights Coordination Center, a task force that’s overseen by U.S. Immigration and Customs Enforcement, will share information about counterfeits “in real time” before, during and after Sunday’s contest between the Kansas City Chiefs and Tampa Bay Buccaneers, Amazon announced Friday.

Intelligence on suspected counterfeiters will be collected on the ground in Tampa, where Super Bowl LV is being held, in online stores and at U.S. ports of entry, Amazon said. Information that may be shared includes physical addresses, supply routes and shippers.

Federal officials are typically on high alert around the Super Bowl for fake merchandise. On Wednesday, Homeland Security announced it seized more than 169,000 counterfeit sports-related items since the last Super Bowl. In all, it’s worth $45 million.

The effort announced by Amazon on Friday is part of “Operation Fulfilled Action,” an anti-counterfeit initiative launched by Amazon last November that paired up its Counterfeit Crimes Unit with the IPR Center. The CCU, launched last summer, is made up of former federal prosecutors, investigators and data analysts who mine the site for information and work with federal prosecutors.

Amazon has stepped up its efforts to stamp out fake goods on its third-party marketplace, which now accounts for more than half the company’s overall sales. Counterfeiters can be especially harmful for some brands that sell on the site, by pressuring them to lower their prices in order to compete with fake versions of their own products.

The company has pursued counterfeiters in court, rolled out various programs to seek and detect sales of counterfeit goods and blocks suspected bad actor accounts and listings.