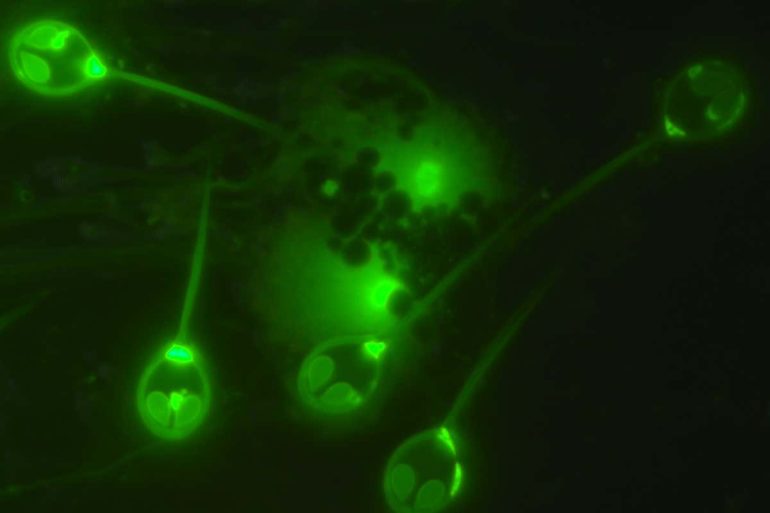 Breathing oxygen is seen as a fundamental characteristic of multicellular animals, but we have found at least one that cannot do it.

“It has lost the ability to breathe oxygen,” says Dorothee Huchon at Tel Aviv University in Israel. It remains a mystery how this animal, a parasite that infects salmon, gets the energy it needs without oxygen, she says, but it most likely steals it from its host.

All plants and animals were thought to use oxygen to generate a fuel called adenosine triphosphate (ATP), which powers cellular processes. The generation of ATP from oxygen takes places in structures called mitochondria.

Each mitochondrion has its own tiny genome in addition to the main genome in the cell nucleus. But when Huchon’s team sequenced the DNA of Henneguya salminicola, which is related to jellyfish, they thought they had made a mistake because they found no mitochondrial DNA at all.

Further studies confirmed the finding. When the team stained H. salminicola with a blue fluorescent dye that binds to DNA, no DNA was visible in cells outside the nucleus. By contrast, when they stained a closely related parasite, blue dots corresponding to mitochondrial genomes were visible outside the nucleus.

So while the cells of H. salminicola have structures that look like mitochondria, they cannot…