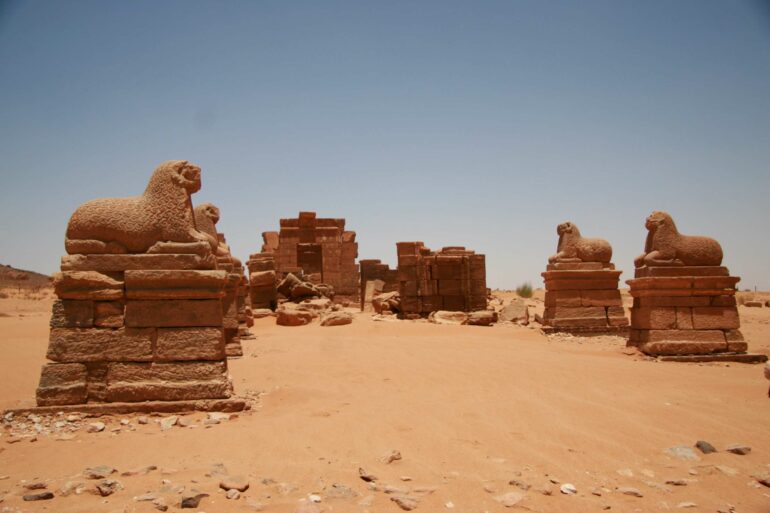 Circular mounds of rocks dot the desert landscape at the archaeological site of Tombos in northern Sudan. They reveal tumuli – the underground burial tombs used at least as far back as 2500 B.C. by ancient inhabitants who called this region Kush or Nubia. As a bioarchaeologist who excavates and analyzes human skeletal remains along with their related grave goods, I’ve been working at Tombos for more than 20 years.

Discussions about ancient history in Africa are dominated by the rise of Egypt. But there were several societies that rose to great power in the Nile River Valley since the middle of the third millennium B.C., including this often overshadowed neighbor to Egypt’s south. Even though ancient Kush rivaled and, at times, conquered Egypt, there’s been a relative lack of modern attention paid to this civilization. Early 20th century research expanded scholars’ understandings of ancient Kush, but the interpretations had colonial and racist biases that often obscured this civilization’s strengths and achievements.

I’m co-director, with Stuart Tyson Smith, of the excavations at Tombos. These burials tell our archaeological team about many aspects of life and death in this place millennia ago. Just like those living along the Nile River today, ancient people dealt with various challenges including environmental changes, sociopolitical transitions and interactions with other groups. Equally important to our discoveries about the past is sharing our findings with the local community and supporting Sudanese who want to pursue archaeology careers.

Illuminating life and death at Tombos

The remains of the ancient inhabitants of Tombos reveal information about their physical activity, as well as infection and nutrition. Conditions such as heart disease, cancer and the effects of hard labor all leave marks on the human body that provide insights into the epidemiology of disease in the past. They help us trace the factors that play a role in health conditions and their social context. For example, we’ve found the remains of an adult woman and child who lived with a growth disorder, which shows that people with physical differences were incorporated into society.

By analyzing the isotopes, or forms of chemical elements, incorporated into inhabitants’ teeth, we’re able to piece together where they may have lived during childhood.

As the team uncovers what lies beneath the ground, we learn about individual ancient community members. For instance, we’ve found the remains of an older woman who lived into her 60s and experienced arthritis, a younger woman whose burial included a baby, and a…