Are we ready? Advances in CRISPR means the era of germline gene editing has arrived 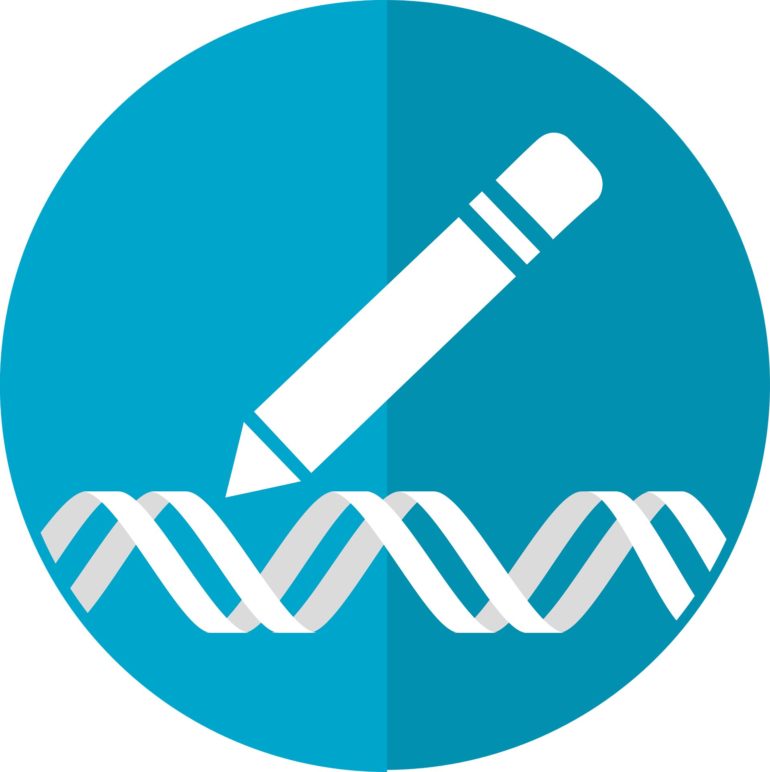 Quick, accurate and easy-to-use, CRISPR-Cas9 has made genomic editing more efficient—but at the same time has made human germline editing much more feasible, erasing many of the ethical barriers erected to prevent scientists from editing the genes of heredity.

“The ethical debate about what is now called human gene editing has gone on for more than 50 years,” writes Dr. John H. Evans, co-director of the Institute for Practical Ethics at the University of California, San Diego. “For nearly that entire time, there has been consensus that a moral divide exists between somatic and human germline editing.”

In an essay published in the Proceedings of the National Academy of Sciences (PNAS), Evans contends that many of the potent bioethical arguments that once made germline editing a verboten concept, have begun to dissolve in the era of CRISPR.

Evans—and a growing number of other ethicists—contend that the moral divide that long separated scientific thinking about germline versus somatic-cell editing is perceptibly weakening.

The 2018 announcement in China by He Jianqui who genetically altered human embryos via CRISPR—producing twins known as Lulu and Nana—helped strengthen policies about germline gene editing. Despite the worldwide scorn leveled against him for conducting a brazen act of human experimentation, his research also helped usher in a more moderate point of view regarding the manipulation of germline genes. Policy makers followed with a softer tone in guidelines on the feasibility of research involving the genes of heredity. As it turned out, a bourgeoning number of scientists were expressing interest in developing potential cures by manipulating genetic sequences in germline DNA.

“Currently, despite appearances, in the mainstream US and UK bioethical debate that has the greatest influence over what actually happens with science policy, the somatic/germline distinction has lost its power. For example, despite the uproar over He Jianqui’s facilitation of the gestation and birth of germline modified children in China, the leadership of the Second International Summit on Human Germline Editing implicitly agreed with him that it is in principle acceptable to engage in germline intervention, as long as it is safe and human subjects protections are followed,” Evans wrote in PNAS.

Genomic editing actually refers to several technologies that allow scientists to “rewrite” segments of an organism’s genetic code. Sequences of DNA can be deleted, or receive additions or altered at virtually any genomic location. Unlike other genomic editing technologies, CRISPR-Cas9 is faster, more efficient and easier to use. And CRISPR, biologists increasingly say, has opened a new frontier of possibilities in what can be achieved with a powerful biological tool.

But as high-tech as CRISPR may seem, it wasn’t invented in a laboratory. The editing technique actually is an adaptation of a naturally occurring genome editing system found in bacteria and archaea. These organisms literally grab infinitesimal sequences of genetic material from the viruses that invade them, and then use these captured sequences to create DNA segments called CRISPR arrays.

The arrays allow bacteria and archaea to recall the viral infiltrators should they invade in the future. When the viruses—bacteriophages—attack again, the bacteria or archaea produce RNA from the CRISPR arrays to zero in on the viral genes. Bacteria and archaea then rely on Cas9 to chop up the viral genes, which effectively destroys the virus. In many ways, this ability to remember infectious viruses amounts to a crude immune system, acting similarly to memory B and T cells of the far more sophisticated mammalian immune system.

Jennifer Doudna of the University of California at Berkeley and Emmanuelle Charpentier of the Pasteur Institute in Paris won the 2020 Nobel Prize in Chemistry for their collaborative work involving CRISPR-Cas9. The technology was originally developed—and named—by Spanish biologist Francis Mojica, a professor at the University of Alicante in Spain. He was not included as a recipient of the prize.

Evans, meanwhile, underscores that by the time CRISPR emerged as a potent laboratory tool in the early 2010s, it still appeared that “germline modification was always going to be impossible.”

“After it became clear that some scientists were trying to use CRISPR to modify human embryos in the laboratory,” Evans wrote, “many scientific groups released position papers on human germline editing, mostly defending the somatic/germline barrier using the value of nonmaleficence (safety).”

For example, in August 2015, according to Evans, the American Society for Gene and Cell Therapy and the Japan Society of Gene Therapy released a statement noting that the “safety and ethical concerns” about human germline editing are “sufficiently serious to support a strong stance against gene editing in, or gene modification of, human cells to generate viable human zygotes with heritable germ-line modifications.”

He concluded his arguments by calling on the molecular biology community to take heed of the speed advances in gene editing have arrived in recent years. “The CRISPR revolution is making all sorts of intervention into the natural world possible, and these interventions all have their surrounding ethical debates.

“With genetic tools becoming more and more powerful, we must focus on why we are using the tools—on our values—or risk sliding into ‘what can be done should be done.’ ”

Citation:
Are we ready? Advances in CRISPR means the era of germline gene editing has arrived (2021, June 25)
retrieved 27 June 2021
from https://medicalxpress.com/news/2021-06-ready-advances-crispr-era-germline.html