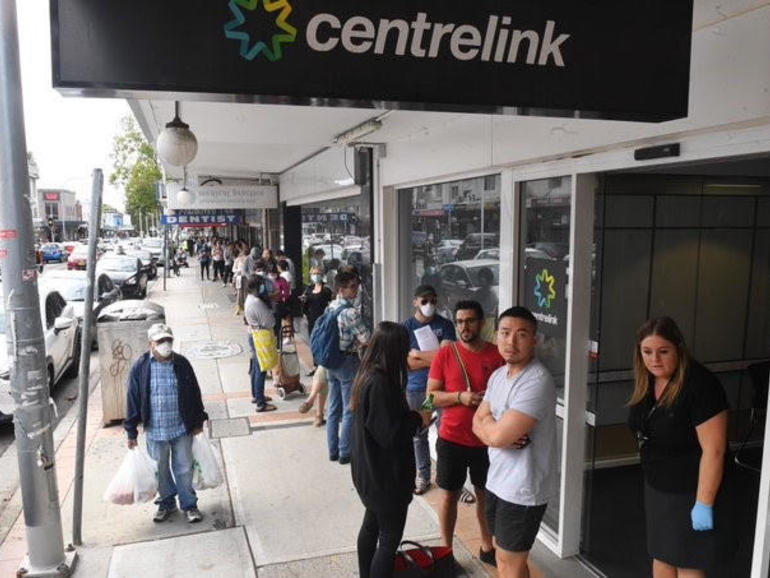 Services Australia has repaid a total of AU$723.1 million to Centrelink customers caught up in its compliance program, the automation of which was colloquially known as robo-debt.

The Centrelink Online Compliance Intervention (OCI) program from 2016 automatically compared the income declared to the ATO against income declared to Centrelink, which resulted in debt notices, along with a 10% recovery fee, being issued whenever a disparity in government data was detected.

One large error in the system was that it incorrectly calculated a recipient’s income, basing fortnightly pay on their annual salary rather than taking a cumulative 26-week snapshot of what an individual was paid.

The federal government in May admitted it got around 470,000 debts wrong, estimating the total value of refunds, including fees and charges, to be at AU$721 million.

According to Services Australia deputy CEO, customer service delivery, Michelle Lees, there is still around 10,000 former customers who are yet to complete the online task required to receive a refund.

“They haven’t provided their contact details and bank account details. So we’ve been undertaking a range of approaches to try to find them,” she said. “We sent letters to the addresses we had, we sent reminder SMSs, we used one of our external collection agents to find alternative contact addresses, and we used some up-to-date Medicare details and Australian Electoral Commission information.”

Services Australia will soon approach remote communities to have messages relayed in Indigenous language on the radio and will also use interpreter services for those with English as a second language.

31,000 out of the 507,000 current and former Centrelink customers that have been paid back are First Nations community members.

Around 3,500 of the debts yet to be repaid are for customers that have passed away.

The government in November agreed to settle the robo-debt class action brought on by Gordon Legal on behalf of five representative applicants and approximately 400,000 people who were included in the case as group members.

The Commonwealth agreed to pay AU$112 million in compensation to all of the eligible individual group members, including legal costs.

It has also agreed to drop claims for approximately AU$398 million in debts that Gordon Legal said it had invalidly asserted against group members of the class action.

“There are three stages to the process post the court approval. The first is categorising those people within the class. Some people who are within the class won’t be eligible for a refund, and others will be. People will then be notified of where they are in terms of the settlement distribution process, and then there’ll be a calculation and a payment that is made. And it’s my understanding that we have a period of 12 months within which to complete that settlement action.”

PREPARED TO AVOID ANOTHER NON-DDOS DDOS

Just over a year ago, the federal government’s myGov portal went down after thousands flocked to the website to sign up for income assistance following forced business closures in the wake of the coronavirus outbreak.

The minister in charge of government services at the time, Stuart Robert, said the portal suffered a distributed denial of service (DDoS) attack while simultaneously blaming the outage on legitimate traffic that pushed past the 55,000 concurrent users limit set by government.

Those words were barely two hours old when Robert stood up in Parliament to say it was merely 95,000 people trying to connect to myGov that had triggered a DDoS alert, and not an attack at all.

Services Australia was asked by senators if it was prepared to avoid another similar scenario, accounting for a possible influx of traffic over the next month when JobKeeper ends.

“We’ve been preparing for a number of months for the transition from JobKeeper to JobSeeker. As part of our work, we’ve got a role in ensuring our systems are ready to make the payments under new arrangements, which come into place next week,” Services Australia CEO Rebecca Skinner said.

“So those technical measures are in place. We have also recruited a number of staff and ensured that our training capabilities have prepared them for a surge workforce, if you like, or prioritised our workforce to being trained to manage any sort of additional demand in the JobSeeker space.”

There are around 2,500 additional staff that Skinner said could support an additional surge in JobSeeker claims.

“We have been encouraging anyone who feels that they might be going to come on to the JobSeeker system to put in an early claim,” Skinner added. “We have seen some early claims come in, and so we can process them and they can be, if you like, pending a finalisation.

“I’m confident, Senator, that we’ve put in place the planning required to ensure that Australian citizens can quickly come on to a JobSeeker payment that they’re eligible for.”