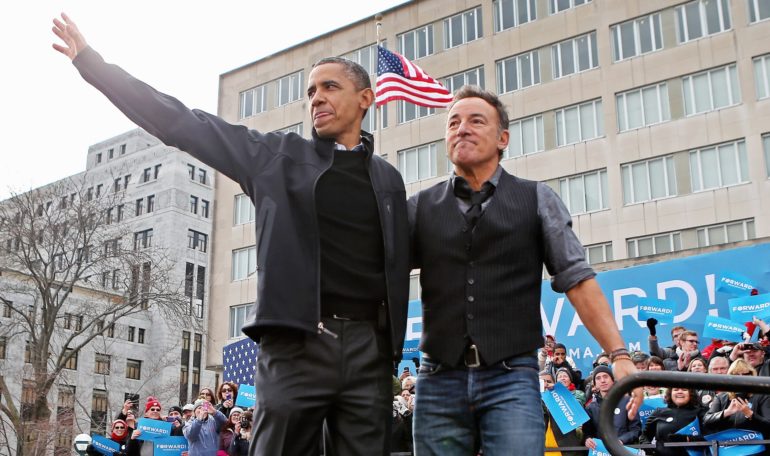 “Renegades: Born in the USA” will span eight episodes, two of which were released Monday on the streaming platform. Spotify said the pair, who first met in 2008, will discuss race, fatherhood, marriage and the future of America.

“On the surface, Bruce and I don’t have a lot in common. But over the years, what we’ve found is that we’ve got a shared sensibility. About work, about family and about America,” Obama said in the first episode of the podcast. “In our own ways, Bruce and I have been on parallel journeys trying to understand this country that’s given us both so much. Trying to chronicle the stories of its people. Looking for a way to connect our own individual searches for meaning and truth and community with the larger story of America.”

It’s the second series to come out of Spotify’s 2019 deal with the former first family’s production company, Higher Ground. The inaugural series, “The Michelle Obama Podcast,” was hosted by the former first lady and launched last July.

Spotify has spent the past few years strengthening its podcast library through several acquisitions and deals, and indicated Monday during its virtual “Spotify Stream On” event that it doesn’t intend to slow down. The company also announced a multiyear partnership with Anthony and Joe Russo, who directed a handful of Marvel films.

The company also announced a new ad platform for podcasts and a way for podcast makers to get paid directly from listeners.