Billions are being invested in digital healthcare. Why are we not seeing the results? 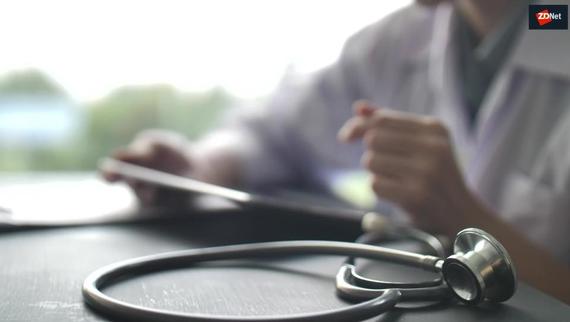 Years of efforts to start a tech revolution in the health service has little to show for themselves, delivering few successful results while spending heavily, finds a new report from the UK Parliament’s Public Accounts Committee (PAC).

After multiple attempts spanning almost two decades to make the NHS a digital-first institution, PAC’s conclusions are damning: the UK’s health services are crippled by failed and expensive IT programs that are yet to create the key building blocks for a digital transformation.

While the NHS estimates that £8.1 billion ($10.6 billion) will be necessary to achieve the digital goals set out by the government, the report expressed doubts that taxpayers would see much return on their money. PAC highlighted that without a proper implementation plan, there was no certainty that the digital transformation program would deliver value for money.

Technical shortcomings in the UK’s health services have come under the spotlight in the recent COVID-19 crisis, such as the development of a COVID-19 contact-tracing app that suffered a four-month delay and several faulty designs before it launched to the public. The committee reported that the cost of the developing the app and supporting it will be £36 million ($47 million), even though it is still unclear how successful the technology is in fighting the pandemic.

Meg Hillier, chair of the PAC, said: “After 18 years of failed attempts to digitally transform the NHS you would hope that the one success that could be claimed was the learning and change to ensure those failures are not repeated.”

“Incredibly, still, none of the components essential to successful delivery of the digital ambition for the NHS are in place, and instead the government presses on with expensive and unproven strategies and contracts that cost the taxpayer millions but don’t deliver.”

Efforts from the Department of Health and Social Care (DHSC) to kick-start the NHS’s digital transformation can be traced all the way back to 2002, when the government set out to integrate IT systems with patient records available electronically throughout England.

More than a decade later, the vision for a “paperless NHS” was again put forward, with the objective of digitizing the health services entirely by 2018. The target was missed, and instead DHSC published a “vision for digital, data and technology” in healthcare, which focused heavily on interoperability between IT systems within the NHS. Sharing data was presented as a critical way of providing a better patient experience by ensuring that the right information was always in the right place and at the right time.

With patient records fragmented across 227 NHS trusts, 7,000 GP practices and 18,500 adult social care providers, and up to 400 different IT systems in use across the services, the challenge was never going to be an easy one.

Earlier this month, a report from non-profit organization the Institute for Government (IFG) shed a light on similar issues, indicating that public services – including health services – were facing serious data issues. One of the largest barriers to digital government identified by the IFG is the lack of organization of data, which came as a direct result of a poorly-managed transition from paper to electronic documents. This means that information sits in silos, rather than flowing between different departments.

“It doesn’t feel as though government has been forced yet to focus on foundational issues, on ‘fixing the plumbing,'” said Lewis Lloyd, who authored the IFG report. “If it really wants to move into the digital world it’s going to need to tackle some really tough challenges, particularly around how it manages data.”

In Apps and WebCompaniesSmartphones
on 4 October 20201 min read

It starts with better planning. The PAC’s new report condemns the vagueness of DHSC’s digital “vision”, which doesn’t come with practical actions or a timeframe for achieving digitization. According to the committee, the initial target of creating a “paperless NHS” has therefore not only been missed, but also gradually been watered down.

Despite an overall condemning tone, PAC nevertheless recognized that the COVID-19 crisis had shown that the health services were capable of deploying digital solutions and adapting to new technologies in a time of crisis. From the start of the pandemic, the NHS advised trusts to switch to remote consultations and provided advice on new methods such as electronic prescriptions. By the end of May, 95% of GPs were effectively consulting patients virtually.

The NHS app and e-prescription services have seen significant uptake, showing that there is scope to be more ambitious in the delivery of digital health services than government has been so far.

“The response to the pandemic demonstrates it is possible to reset and adopt new digital solutions and technologies. But there needs to be a clear strategy that works with local trusts and acknowledges the financial pressures they are under,” said Hillier.

The report recommended that DHSC take note of the gains and learnings that have come as a result of the COVID-19 crisis, and start setting realistic targets to sustain the advances achieved in the past few months, with details of future plans to be shared by March 2021.