A cushy lab life has its evolutionary costs—when it comes to fish, that is 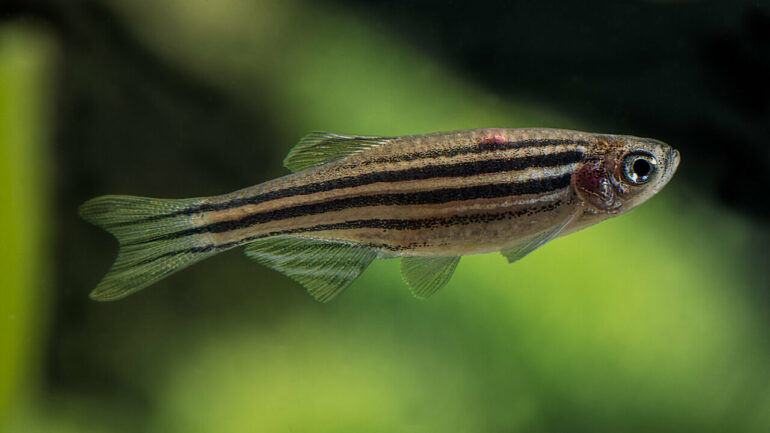 Consider the humble zebrafish. They produce 200 embryos every 7 days, they’re cheap and easy to grow, and their young are small and transparent. But their most important feature—at least if you are a researcher—is that they share a high degree of genetic, anatomical and physiological similarities to humans.

Ever since the Hungarian researcher George Streisinger pioneered the use of these tiny but important fish in 1972, scientists have found ways to use zebra fish to study everything from epilepsy to environmental pollutants. Researchers at the Kavli Institute of Systems Neuroscience even peer into the brains of genetically modified zebra fish to study the brain’s wiring system.

All those years of domestication—150 generations of zebrafish, by one biologist’s count—led a team of researchers to realize they had a perfect evolutionary experiment. They wondered what had happened to laboratory zebrafish over all these generations, when it comes to a characteristic called plasticity.

“Plasticity allows organisms to adjust to different environments, for example to perform consistently across a wide range of temperatures,” said Rachael Morgan, who recently completed her Ph.D. at the Norwegian University of Science and Technology’s Department of Biology. “But plasticity—this ability to adjust their physiology—could have a cost, in which case domesticated zebrafish, which have been raised in extremely stable conditions, should lose this plasticity over time.”

So the researchers conducted an experiment with wild and lab zebrafish to see if this was the case. Their findings have been published in the Proceedings of the National Academy of Science.

Researchers generally rear their lab zebrafish at an optimal temperature of roughly 28 C, which promotes healthy growth and the best fertility. Over time lab zebrafish have adapted to this, as well as to life in small aquaria with lots of other fish, dry food and handling by humans, the researchers observed in their paper.

So Morgan and her colleagues decided to compare how lab zebrafish would cope with different temperature regimes compared to wild zebrafish.

After the 35-day acclimatization period both wild and lab fish were subjected to a range of tests, such as swimming activity, maximum swim speed, metabolism and growth rate, among other measures.

The results showed that across a range of measures, the lab fish had indeed lost their physiological plasticity, Morgan said.

“What we were exploring is whether there is a cost of plasticity, and if there is a cost then we would expect that plasticity would be selected against if there is no need to maintain it,” she said “And this is largely what we found. We also show that changes have occurred in many different traits and across different levels of the organism (from genetic to the whole organism) which is quite unique.”

Adapting to the environments they live in

Fredrik Jutfelt, the senior author of the paper, said the study also shows how two populations have adapted to the environments they are in through evolution.

The study is also a reminder that organisms like zebrafish, which have been adopted by researchers for a range of research topics and domesticated over the decades, are not exactly the same as their wild brethren, the researchers said.

“This study also illustrates how model organisms, such as lab zebrafish, may not be an accurate representation of their wild counterparts,” Jutfelt said. “It shows how rapidly changes, in this case loss of thermal plasticity, can occur in an organism.”


Citation:
A cushy lab life has its evolutionary costs—when it comes to fish, that is (2022, May 27)