A new technique for observing gene activity in a test tube 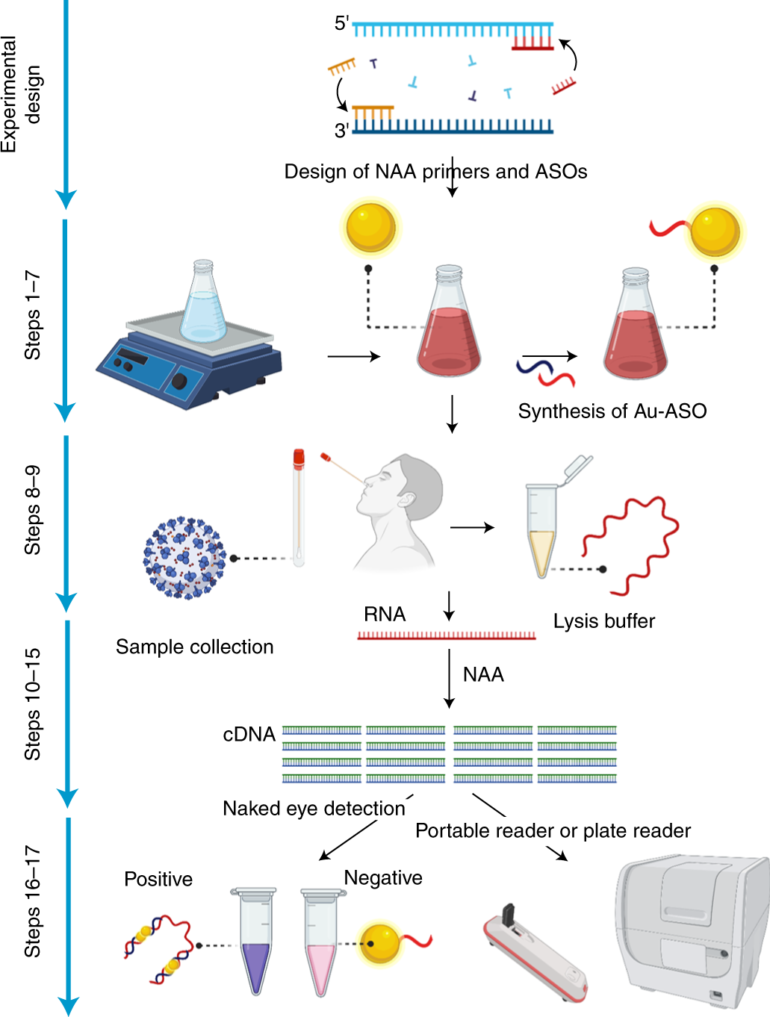 When searching for the causes of illnesses and developing new treatments, it is absolutely vital to have a precise understanding of the genetic fundamentals. Würzburg researchers have devised a new technique for this purpose.

Pathological processes are usually characterized by altered gene activity in the cells affected. So, gaining an accurate picture of gene activity can provide the key to the development of new, targeted therapies. Whether these therapies then work as we would want them to can also be verified by looking at genes and the processes they initiate.

It is no wonder that research is focused on methods and techniques that provide detailed information about the genetic activity of individual cells. A research team at the University of Würzburg (JMU) has now developed a technique that is a significant improvement on the methods used to date. Scientists from the Institute for Molecular Infection Biology (IMIB) and the Helmholtz Institute for RNA-based Infection Research (HIRI) were involved. They have presented the results of their work in the current issue of the journal Nucleic Acids Research.

Analysis of a synthetic transcriptome

“We have developed a technique that can be used to analyze the translational landscape of a fully customizable synthetic transcriptome, in other words one outside the cell,” is how Jörg Vogel explains the central outcome of the study. Vogel heads the Institute for Molecular Infection Biology at JMU and is also the Director of HIRI as well as the principal author of the study. The new technique has been given the scientific name INRI-seq, which is short for in vitro Ribo-seq.

A transcriptome is a collection of all the genes that are active in a cell at a given point in time. It consists of the sum of the existing mRNA—the transporters of the blueprints for proteins from the cell nucleus to the ribosomes. Ribosomes are the “protein factories” of the cell; this is where translation of the nucleotide sequence of the mRNA into the amino acid sequence of a protein takes place.

In principle, INRI-seq is a refinement of comparable methods that pursue the same goal but provide less accurate results or have other disadvantages. For example, RNA sequencing (RNA-seq) determines the concentration of mRNA in cells, allowing conclusions to be drawn about their active genes. However, the final protein abundance does not always correlate with the respective mRNA concentrations.

A more accurate technique is ribosome profiling (Ribo-seq). Over the past ten years, this has become one of the main methods for measuring protein synthesis directly in a transcriptome-wide manner. “While Ribo-seq has greatly advanced the study of translation-related processes, the method has not been without limitations,” says Jörg Vogel.

For instance, it is a major challenge to detect weakly expressed genes with Ribo-seq, preventing many genes from being recorded in common study designs. Similarly, a Ribo-seq study of microbes from important ecological habitats such as the human gut is difficult since many of them cannot be cultured in the laboratory.

A further shortcoming, as Vogel explains, is the fact that “on the mechanistic level, Ribo-seq-based studies of molecules affecting translation, such as special antibiotics, can be hampered by cellular responses.” Since Ribo-seq is performed on living cells, it can be difficult to distinguish between direct and indirect effects on translation.

To overcome some of these limitations, the scientists from Würzburg have developed INRI-seq for the global study of translation in a cell-free environment. INRI-seq uses a commercially available in vitro translation system combined with an in vitro-synthesized, fully customizable transcriptome that allows better control of individual mRNA levels.

“With INRI-seq, for example, it is no longer necessary for translation-modulating substances to traverse cellular membranes or to extract ribosomes from a large number of living cells,” says Vogel, outlining the advantages of the technique. “You also need a lot less of the often expensive substance that you want to study, such as a new antibiotic that can only be produced on a small scale. INRI-seq therefore also saves time and money.”

Higher success rate in the experiment

Therefore, Vogel and his team are in no doubt that “INRI-seq bears great potential as an alternative method for studying translation process and thus also substances that can influence these processes.”


Citation:
A new technique for observing gene activity in a test tube (2022, October 14)