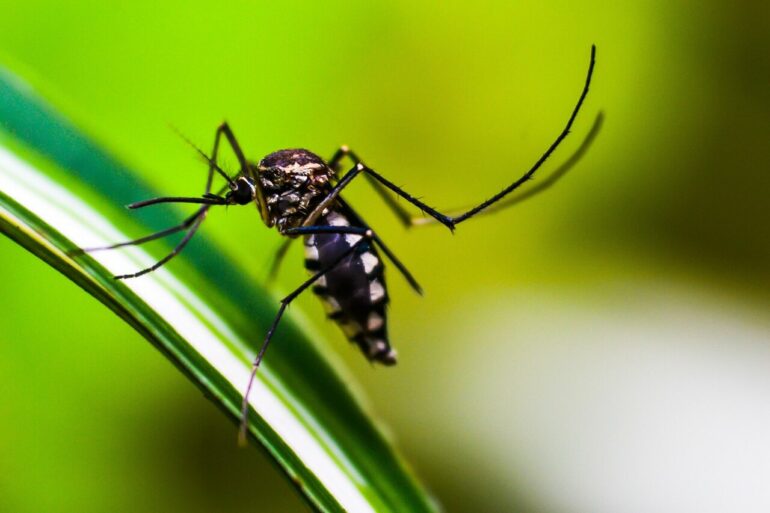 Scientists have solved a 100-year-old mystery about the evolutionary links between malaria parasites that infect humans and chimpanzees.

They have discovered that the parasite P. malariae —one of six species that spreads malaria among humans—originated in African apes before evolving to infect people.

While it is often associated with mild disease, if untreated P. malariae can cause long-lasting, chronic infections that may last a lifetime, researchers say.

The evolutionary puzzle has its origins in the 1920s when scientists identified chimpanzees infected by parasites that appeared identical to P. malariae under a microscope.

It was thought both parasites belonged to the same species, but—until now—this could not be verified as the genetic make-up of the chimpanzee strain had never been studied.

They have found that there are, in fact, three distinct species. One species—P. malariae—infects mainly humans, while the two others infect apes.

One of the two ape-infecting parasites was found in chimpanzees, gorillas and bonobos across Central and West Africa. This previously unknown species is only distantly related to the human parasite.

The other ape parasite is much more closely related to the one that infects humans. Knowing this enabled researchers to make detailed comparisons of the genetic diversity of the two species.

This revealed that the human malaria parasite population went through a genetic bottleneck, where its population temporarily shrank and most of its genetic variation was lost.

A likely explanation for this is that P. malariae was originally an ape parasite, but a small number of parasites switched hosts to begin infecting humans, the team says.

The study is published in the journal Nature Communications.

Lead author Dr. Lindsey Plenderleith, of the University of Edinburgh’s School of Biological Sciences, said: “Among the six parasites that cause malaria in humans, P. malariae is one of the least well understood. Our findings could provide vital clues on how it became able to infect people, as well as helping scientists gauge if further jumps of ape parasites into humans are likely.”