Decoding how a protein on the move keeps cells healthy 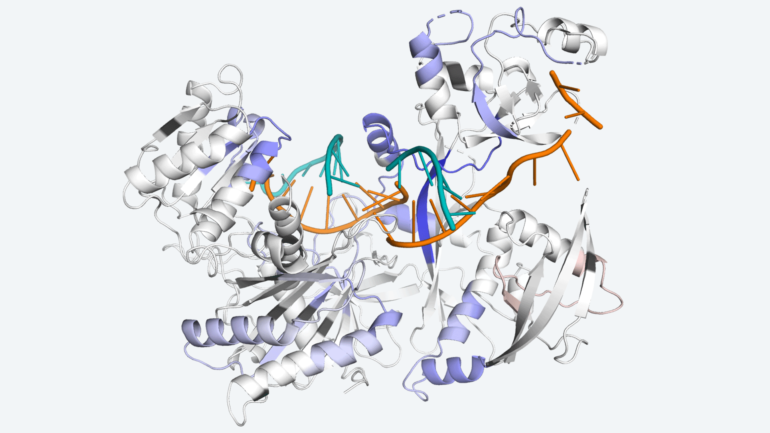 Cells produce proteins like little factories. But if they make too much at the wrong times it can lead to diseases like cancer, so they control production with a process called RNA interference (RNAi). As of July 2021, several drugs already take advantage of RNAi to treat painful kidney and liver diseases—with another seven in clinical trials. There is a lot of potential for RNAi therapeutics, and Cold Spring Harbor Laboratory (CSHL) researchers are working hard to paint a complete picture of the process, to improve therapies today and make better ones tomorrow.

It’s important to understand exactly how RNAi works because it’s such a basic and heavily-used process, Joshua-Tor said. It also offers a kind of safety net for therapeutics because it doesn’t make permanent changes to cells and can be reversed.

Joshua-Tor says that “for therapeutics, you’d kinda maybe not wanna mess around with the genome so much. In all these kinds of things, you wanna know exactly what’s happening, and if something isn’t working, then you know what to do and where to look. The more information you have, the better it is—you get a complete picture of what’s happening.”

Ago helps cut off protein production by finding, binding, and destroying molecules called mRNA—which tell cells to make proteins. But the amount of Ago in the body pales in comparison to the amount of mRNA it must target. After destroying one MRNA molecule, the protein is still capable of finding another but it can’t move on without help. Bibel discovered how cells use a process called phosphorylation to break Ago’s grip on a mRNA target, allowing it to commute to the next.

Bibel explains that their “theory is that having phosphorylation promote release is a way that you could free up Argonaute because when the target gets released, the guide’s still there and it’s super duper stable. So our thinking is that by phosphorylating it, you’re going to free it to go repress other targets—because it’s still totally capable of doing that work.”

Bibel hopes her discovery will come in handy as research into RNAi continues. “A lot of great advances in science come from just doing basic research,” she said. “And this is one of those basic research questions, trying to figure out how this is working.”

The research was published in eLife.


Citation:
Decoding how a protein on the move keeps cells healthy (2022, May 31)